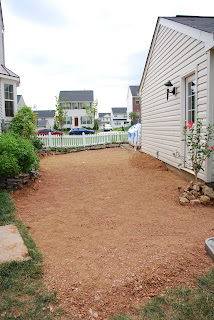 We've had a busy weekend. The first games of the soccer season began on Saturday and with two girls in two different leagues it made for a busy day. Oh, and we put in our flagstone patio. We have been prepping for the patio about a month now. It's amazing how much digging is required for a patio. The digging was done 99% by Keith because he loves digging, or so I tell myself. (wink) Weeks of man-hauling dirt and rock he got everything sorted out and lined up last weekend. He ordered the material and it arrived this past Wednesday. 10 tons of material. Have you seen 10 tons of material? It's quite a sight. 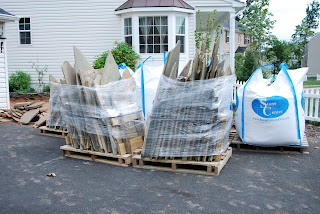 Yeah, so we had tons of work to do over the weekend. Really when in your life can you say that and it actually be literal? Keith began dumping the gravel out Friday night after work. He's a go getter alright. He worked until it was far too dark to do any more. 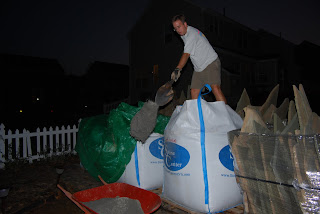 Saturday morning he was up early to unload the gravel bags. 5 tons in 3 large plastic bags. He moved 5 tons of gravel with a shovel and wheel barrel. It was like a Rocky IV workout. 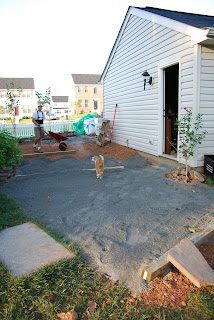 By the time the breakfast was done and cleaned up I was ready to help him, he had 2 bags unloaded and was working on the third when he became a bit overworked? (Dontcha love our parody pics?) 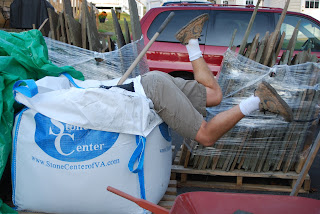 We spent the rest of the morning smoothing gravel and had a bit of time to get a few stones laid down before we had the soccer games. 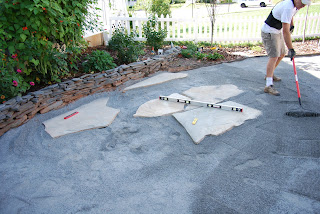 We sat on the field and cheered on the girls. Here is Olivia charging the ball to the goal. 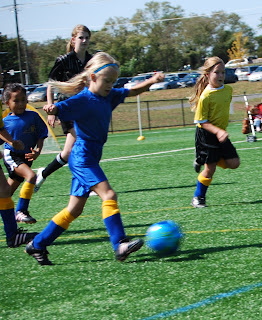 After the games it was all stones and putting them in their place. I can't tell you how insane it is to haul large flagstones around. Stones large enough to make table tops. We moved them over and over until it was too dark to work and we were too hungry to function. 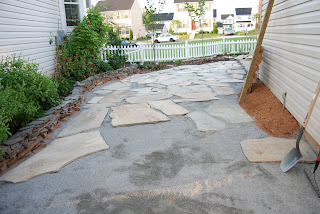 On Sunday morning with our bodies still aching Keith and I puttered around the kitchen slowly. I cautiously sat at the kitchen table and he handed me the tithe envelope to complete. He commented that we were behaving like an old couple. I said "nah, not yet" when he looked at me I knew he was going to make a statement relating how slow we are moving and about all the aches we both confessed having. Before he had an opportunity to get a comment out I said to him in my best grouchy old lady voice "Get me a cup of coffee Earl!" and then agreed that, yes, we are now more in line. After church and a wholly unhealthy breakfast we worked on the patio. Still so much to do but we pressed on lugging heavy monster stones, moving gravel, leveling stones and finding the best places to put stones. 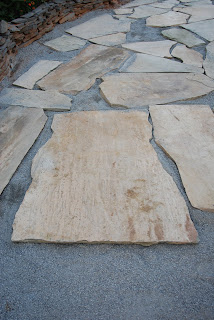 Now that the patio is done I think it's time to organize a party. I can't think of a better way to celebrate a project's completion. 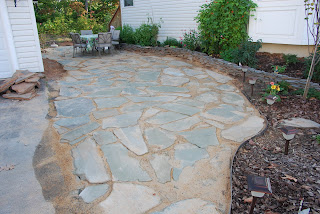 So, how did you spend your last weekend of summer?
Email Post
Labels: Garden Husband Summer