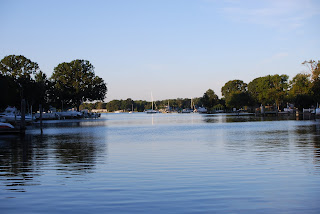 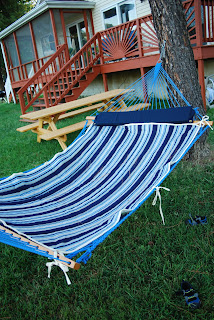 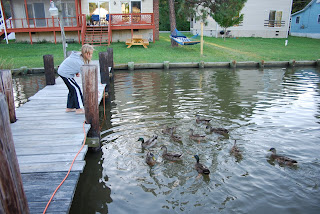 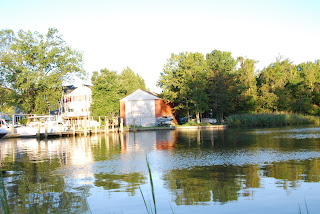 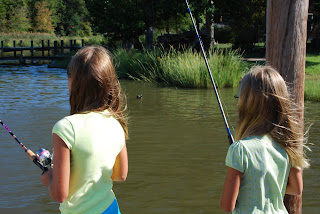 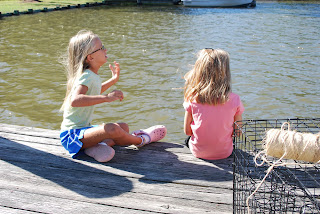 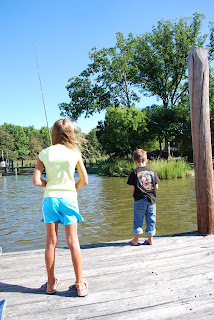 Sometimes you just never know what your day will bring. For us Friday was just that sort of experience. The girls had a meet the teacher day in the afternoon but other than that we fully expected to hang out at home relaxing. Little did we know that some friends would invite us to their "boat" house for the night. I think it was at first a Daddy and girls night out to the Bay. It was assumed that was too last minute for this pregnant Mama to go along. This lady may be pregnant but she still wants to have some fun. So, what did we do? We packed our bags and met Keith at work to head north to the Chesapeake Bay for the night. The girls were excited about the boat, seeing the boat, possibly riding the boat, everything about the boat. They were also glad to have some kids to play with while there. The drive was pleasant, besides the DC part, with many farms and quiet roads. We pulled up after 6pm to a house full of eager hosts. The girls took off towards the water to check out the boat. The hammock was full of children within minutes. While the kids ran around full of energy and curiosity the adults took it easy. We ate a late supper of burgers talking long into the night. The next morning the water was calm, the winds were picking up, making us wonder if that hurricane would keep us on shore. As the sun rose the girls were greeted by hungry ducks. Tossing bread to them was so fun to watch. They enjoyed the bustle and chaos of those eager ducks. I loved watching the kids play and our friends' dogs getting excited about everything. After breakfast we enjoyed a little fishing. The fish were tricky and seemed to eat the bait and not get caught. For as much as the girls wanted to fish it was not as interesting to them as Daddy had hoped. He tried to encourage interest but that was not on the top of their list of things to do. As we talked with our friends the girls learned that there were several crabs lurking in the water under the dock. That reminded our friends that they could set a trap for crabs. Something exciting once again. Catching crabs was something they've never done nor seen so that was just the thing to get them interested. A crab trap was set, filled with chicken necks, dropped off the dock. The kids waited around for the crabs to be caught. They peered into the water and waited. They waited a long time checking the trap every so often. Finally they had to be told to leave it be so that the shy crabs would venture inside. When the dock became too boring the hammock was where they rested. Swinging in the breeze chattering away feet dangling. A gentle moment to watch. It was not long before those little crabs were getting trapped. Before lunch there were 3 little guys in that trap scooting around. The girls were so excited to see those crabs. They've never seen them alive and were quite amused. Despite our willingness to wait out the winds, those waves were far too large for us to venture out on the boat. We had to head back as our friends were expecting some family later on. We had a wonderful last minute trip and were glad to have had the opportunity to visit with them.
Email Post
Labels: Away for the Weekend