Today we went to Richmond for Keith's swearing in ceremony. With three bars under his belt he is making progress in his profession. It was a sweltering hot day. The overcast skies gave us no relief from the balmy heat the south is so well know for this time of year. The ceremony went by faster than anticipated. I was very pleased with that since Adelynn and I remained outside of the room during the ceremony. She was far too noisy to be in there. While the ceremony proceeded she and I walked the hallway. The vast space only encouraged her to be rambunctious. 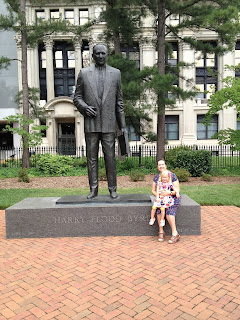 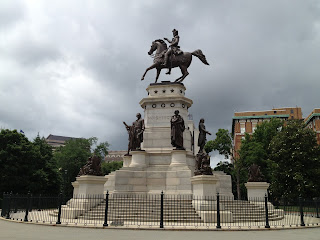 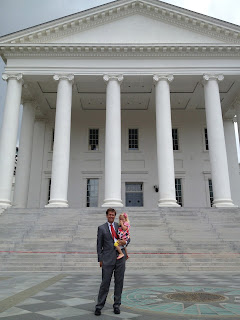 After the ceremony we took a stroll over to the capital to look at the buildings. There were several statues commemorating significant Virginians. Some of who we are proud of others, well others, others offered value in one form or other. We are non native Virginians but our children have been born and raised here their whole lives. Over time we have grown to love this state and have learned a great deal about the many people who call this their home. Many Virginians are fond of Harry F. Byrd. We are not of the many. Truly a man of his time he was aggressively supportive of segregation and did not believe women should be allowed to vote. Not an uncommon set of opinions from men of his generation. 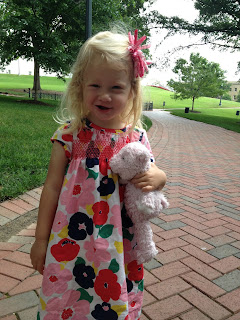 Stopping for an M&M break next to the fountain. 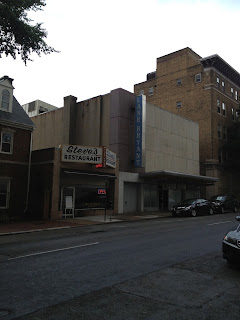 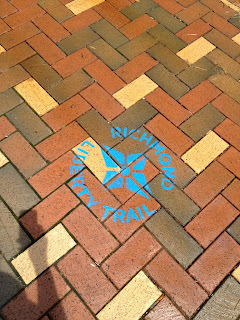 With the hear being so oppressive we thought it would be nice to find some ice cream. Walking around for an hour we had no luck finding an ice cream place. Instead of staying out in the stifling heat we decided to call it a day and drive home. By this point in the day Adelynn was tired we were hot rush hour was creeping upon us it just made sense to get our departure under way. 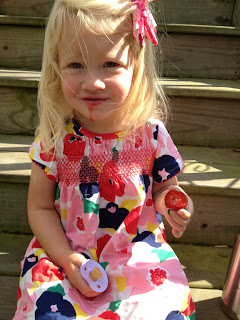 Back home the skies were clear the heat was still lingering but our strawberry patch was full of berries. Adelynn picked a few sat on our back steps and enjoyed them one by one. Ice cream would have been nice but I think she was just as pleased with her strawberries.
Email Post
Labels: Away for the Weekend Husband Virginia