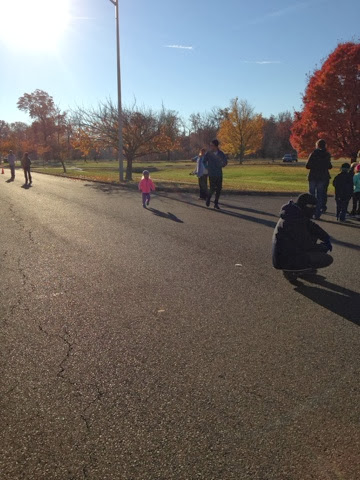 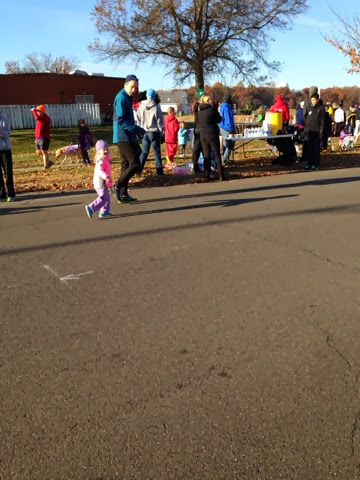 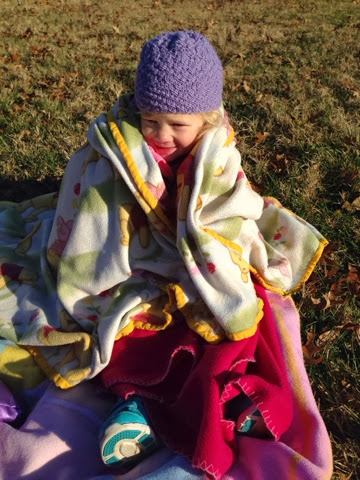 The family participated in a 5k/10k event. Adelynn began with the 1 mile fun run. The youngest one to run she was the cutest finisher. Despite being very moody, it was early after all, she insisted on running her self. No help from Daddy. No carrying. All by herself. She walked a little was distracted a fair bit and finally became motivated to run her best. I was so happy to see her being cheered on by some friends and strangers. After her run it was time for the big runners to get going. It was a cold morning one that required some blankets. I wrapped Adelynn in her blankets and we sat on the hillside to watch the big girls and Daddy set off.
The 10k runners went next. Not a big group but far more than I anticipated. After the 10k runners were set the 5k runners lined up. Olivia was on a mission to get a placed finish. Leah was motivated to do her best time. Usually they will run together but as Olivia's soccer training has increased over the years Leah has learned that they have different paces. Mostly Olivia runs crazy fast. Even a good runner will have a hard time keeping up with her. 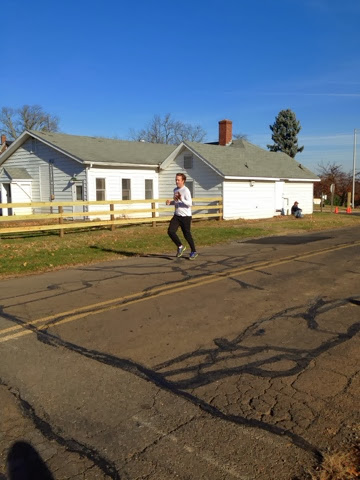 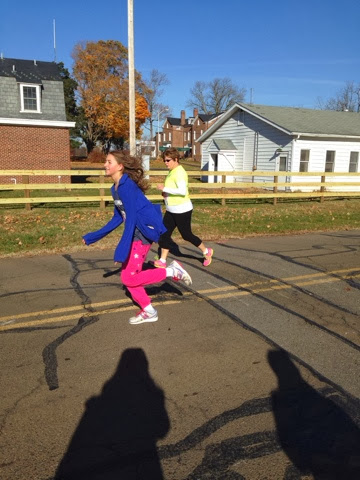 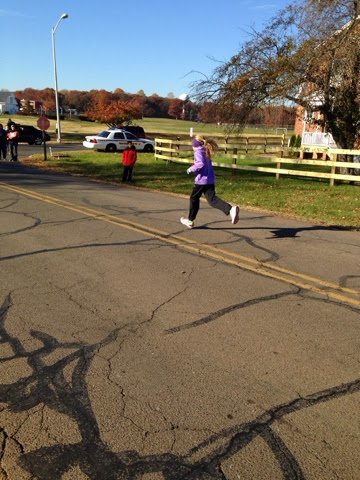 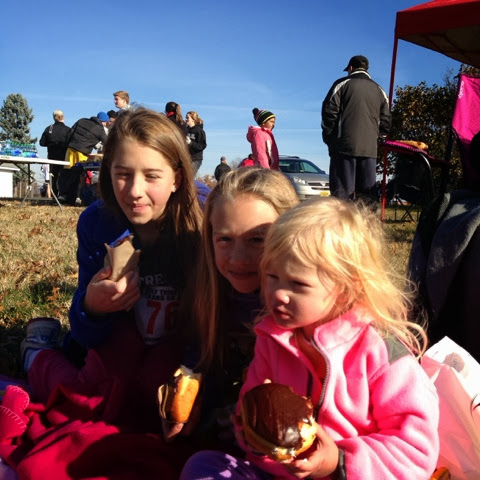 Keith arrived first. He and the 10k runners needed to complete the course twice. Once he went by we began to look for the girls. As expected Olivia arrived first. She looked very tired. The last portion of the race is uphill and she was really working hard to finish. We cheered her on and she charged on to the finish. A few minutes later Leah came up the hill. We cheered her on too. The last was Dad. He rounded the corner not long after Leah arrived. Every one took a break resting on our blankets. After they caught their breath it was time for refueling. Bagels, bananas, and doughnuts. The doughnuts were the biggest hit. Success for all. Olivia placed first in her age group. Keith placed second in his age group.
Email Post
Labels: Family Life