A day with snow

Everyone went skiing today but some little girl. She was sad. She wanted to have fun too. Seeing all that snow falling day after day just made her want to enjoy it too. Adelynn wanted so badly to play in the snow that she cried for a good deal of time before I had to come up with some sort of compromise. 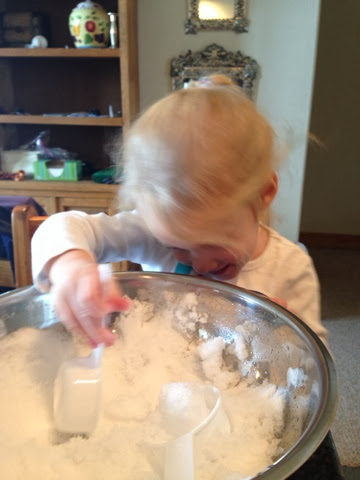 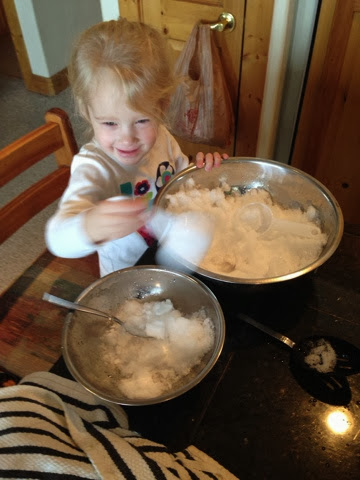 With no yard to play in there wasn't a safe place to take her. I pulled out a large mixing bowl scooped up some snow and set her up at the counter for snow play. She enjoyed the snow bowl until it melted. When it was time I'd dump out the melted snow collect more and she would continue this until her hands were too cold. 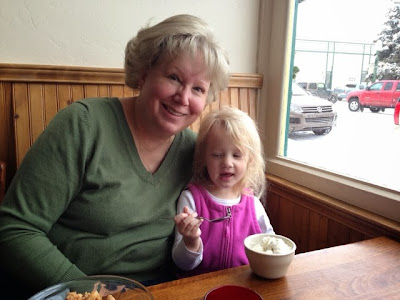 We did manage to get out and head to town. Another beautiful snowy day in Crested Butte. Adelynn carried snow balls around between the stores. She loves snow! It was difficult to convince her to leave that snow ball outside. Eventually carrying all those snow balls made her cold. We stopped in a small delightful café for some hot chocolate, ice cream, pie, and coffee. A welcome break indeed. From our seat we watched the townsfolk pass by our window. The snow continued to gently fall. Oh how I miss Colorado. Adelynn and Grandma are a cute duo. I tried to get a good picture of the two of them but three year olds tend to be a little silly. Still I think it's a cute picture of them.
Email Post
Labels: Colorado Vacation Winter