A morning with my littlest girls

Today I was inspired by my uncle's comment on Facebook about this sculptor turned photographer's insight about capturing pictures of your children. This little video interview motivated me to take pictures of my children. I always think about taking pictures of them then I become distracted and the thought passes. I guess when it comes down to it I never pick up that camera. I take many pictures with my smart phone. Those are fine enough to snap something quick. Perhaps I am tired of that lousy phone and its limited ability. I've been craving something more. A better picture. More depth. Less speed. Being in the thick of it with the girls. 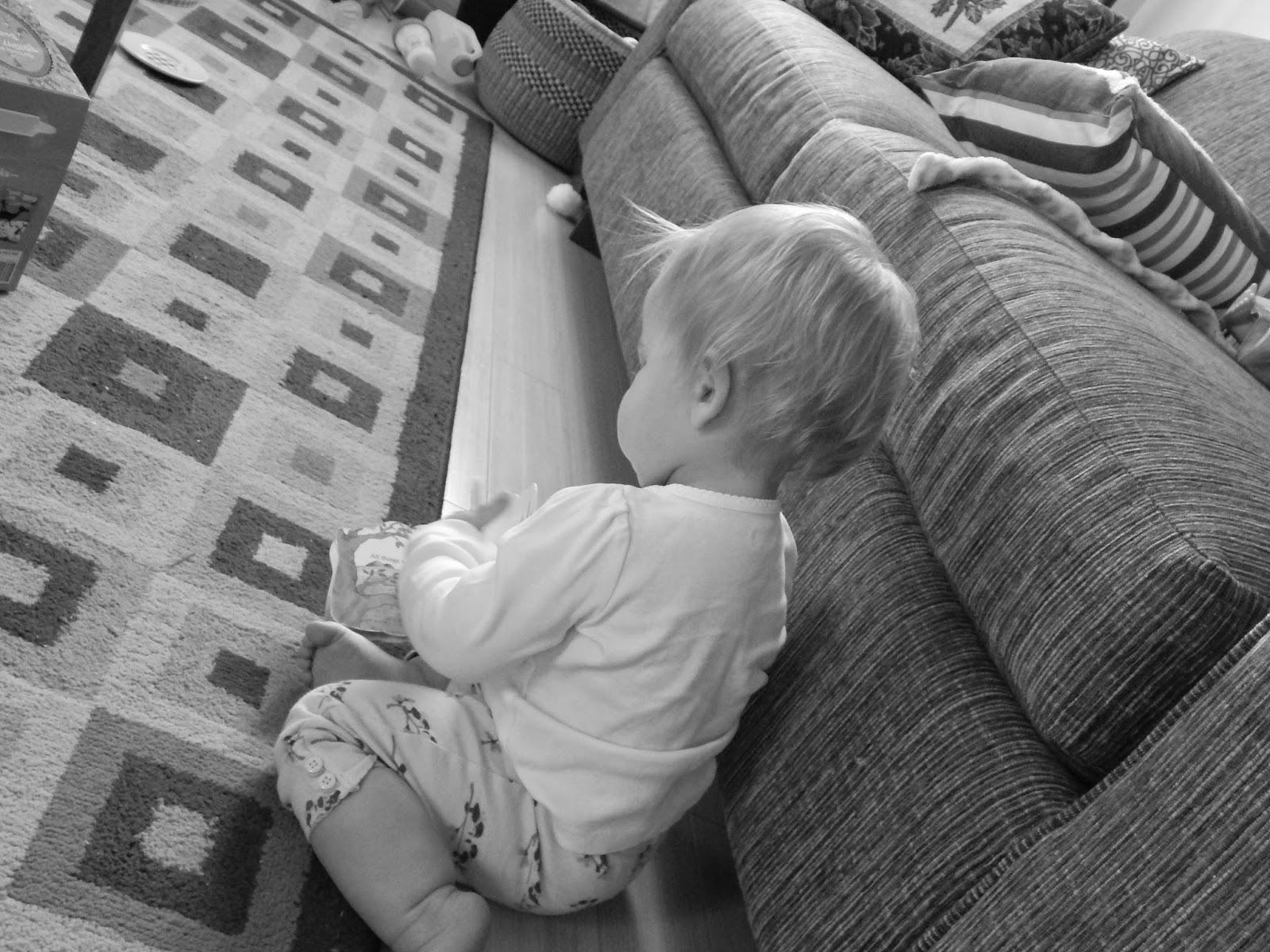 I began by focusing on Jane. Being the youngest I have been forgetting to take pictures of her being a baby. She sat quietly looking at her book before deciding to get up for some cereal. She's in the "do it myself" stage of eating which meant that trying to drink up her cereal resulted in the bowl being emptied on the floor. Jane began to forage for her cereal off the floor then Adelynn turned her focus on Jane. Together they cleaned up the cereal by eating it between giggles. Oh sisters. 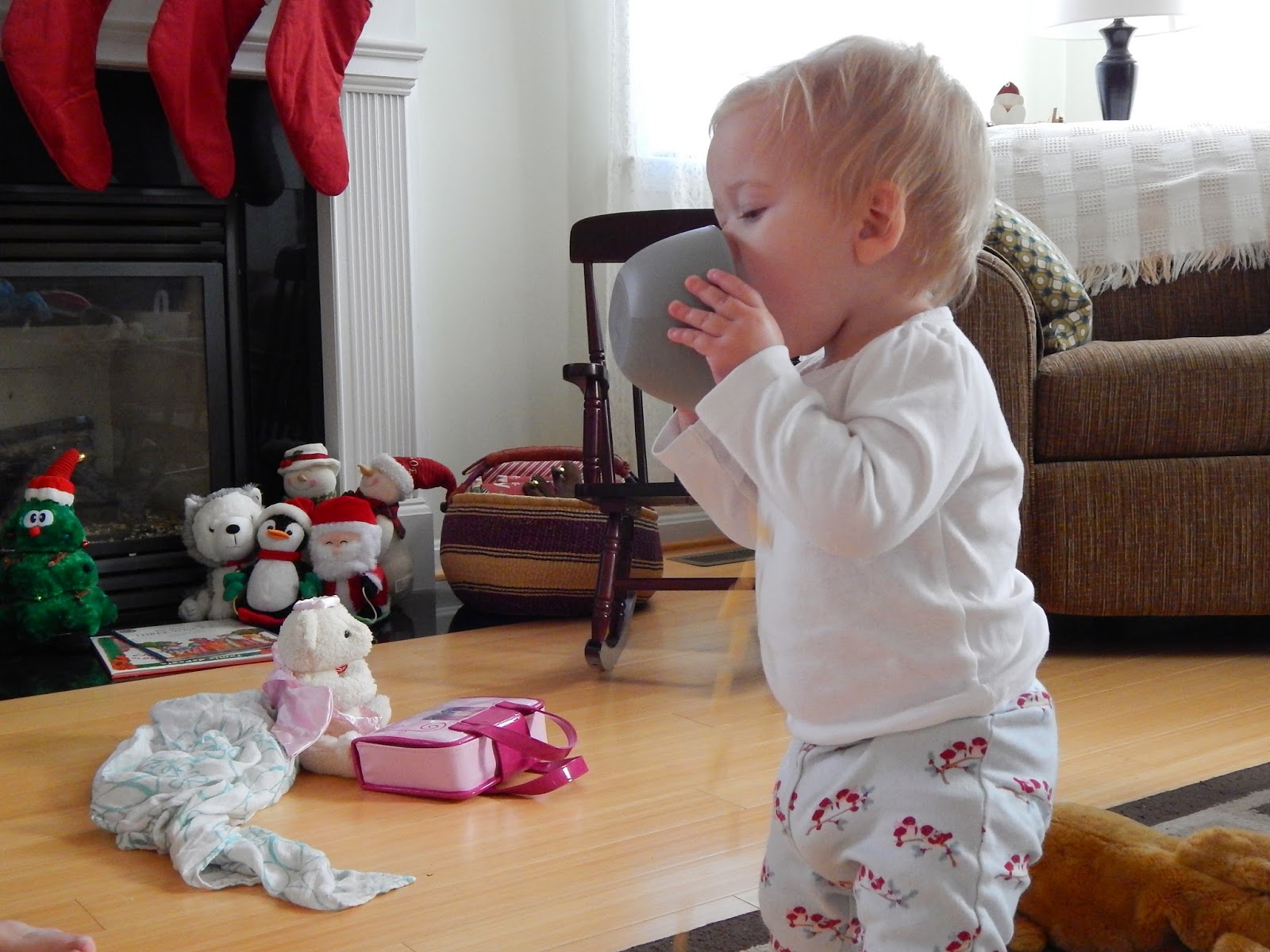 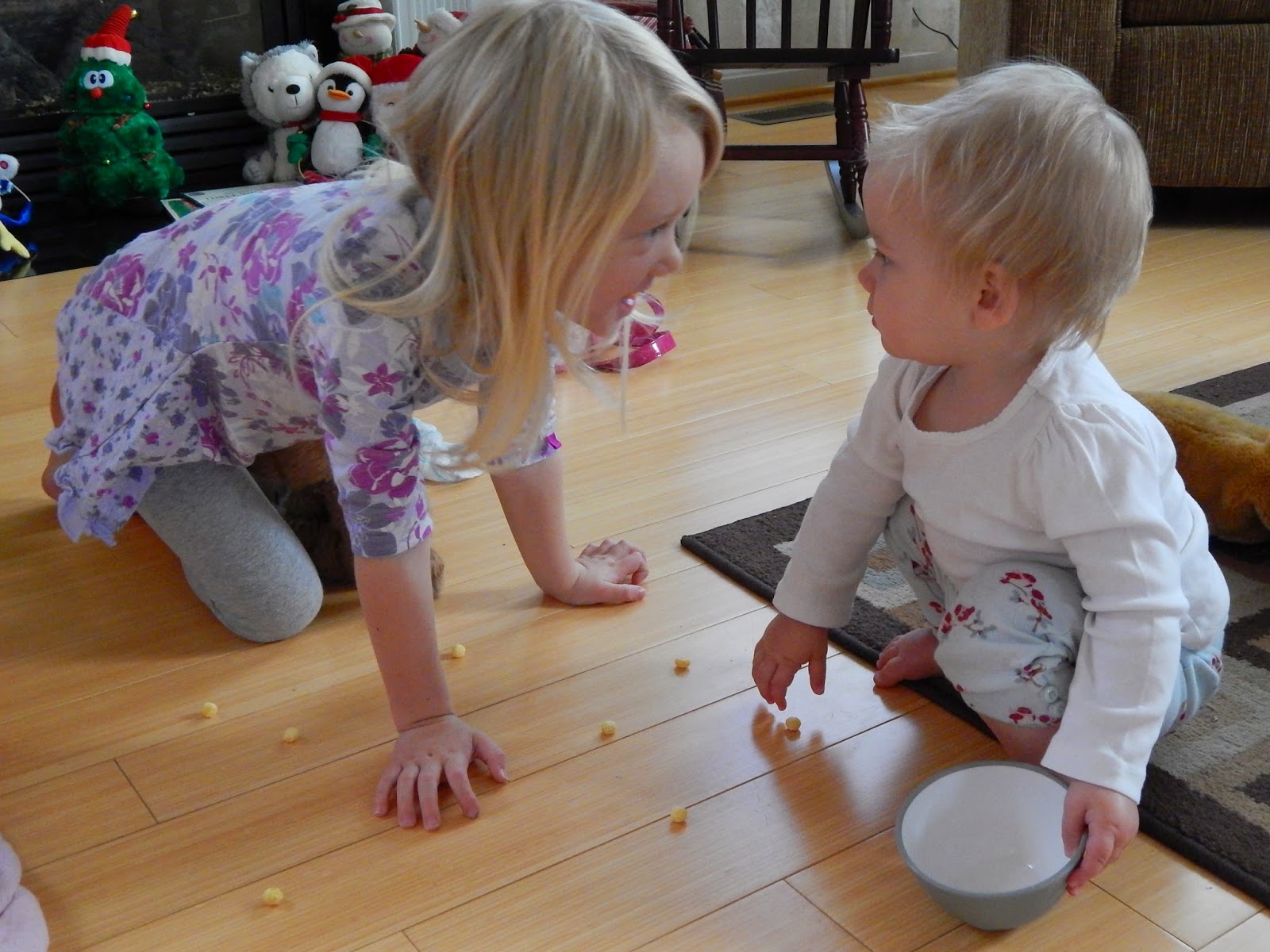 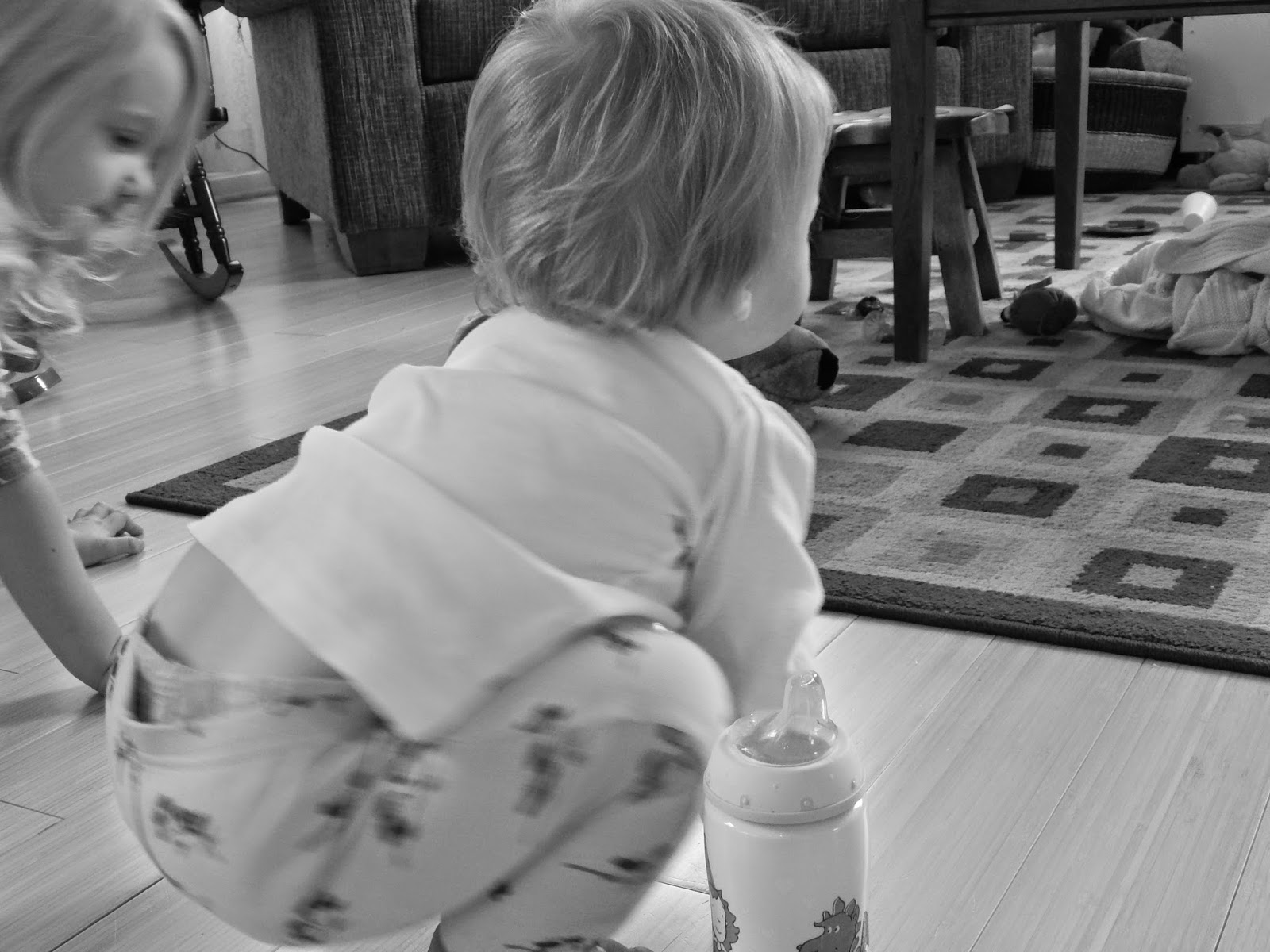 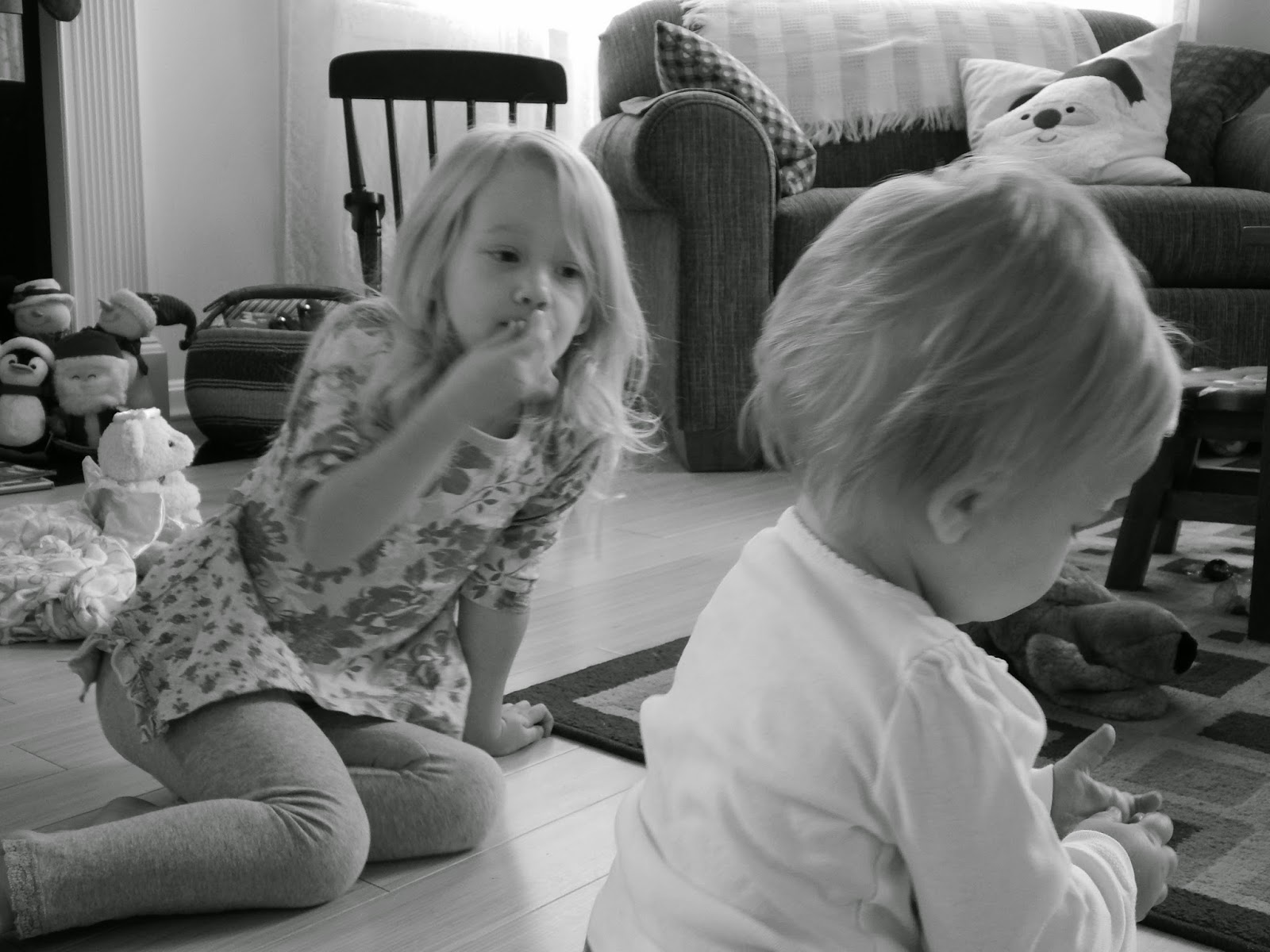 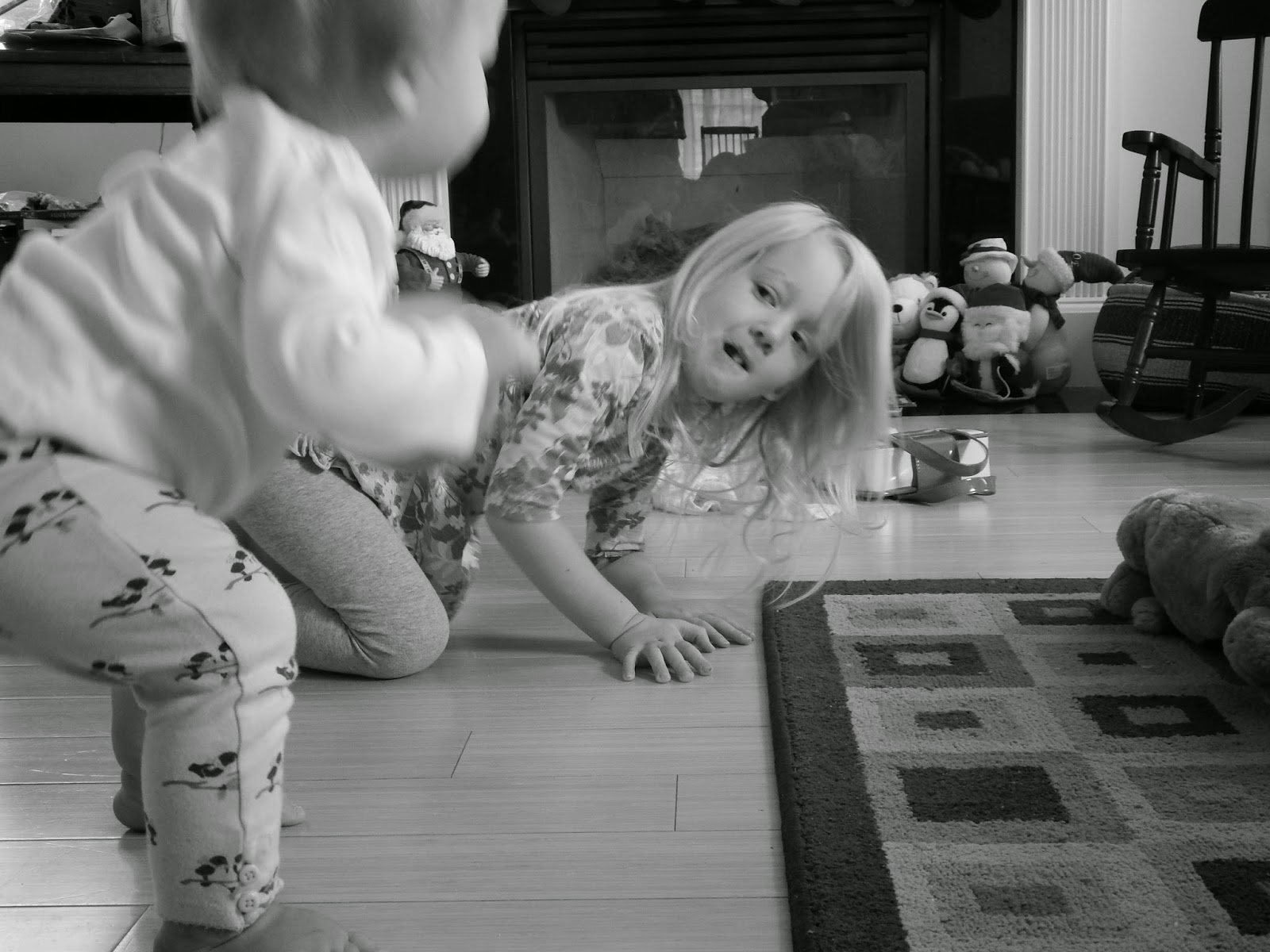 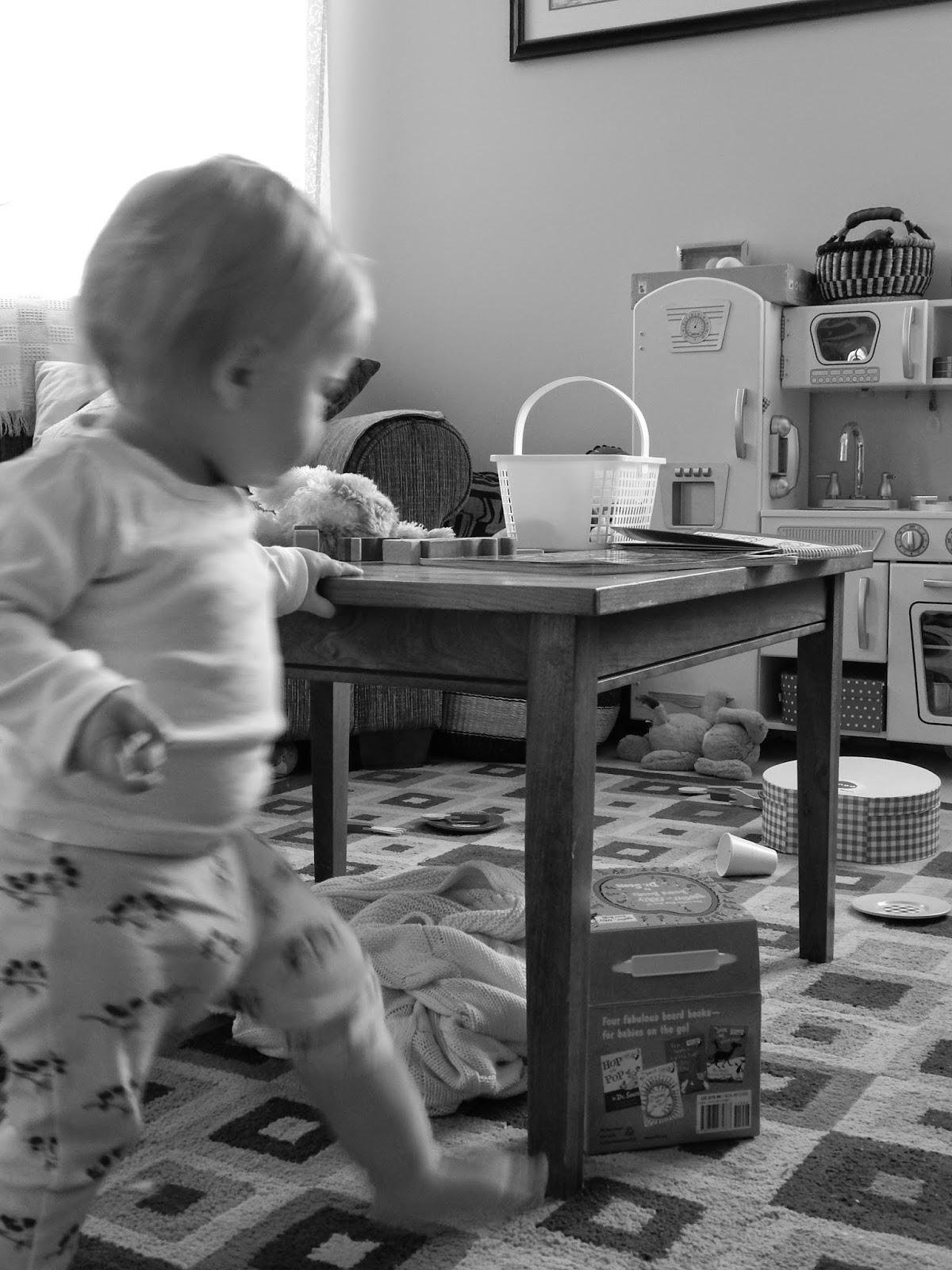 I was able to take several pictures of Adelynn and Jane interacting before they took notice. Adelynn requested that I take her picture as she posed for me. Even at four years old she moved around too much. I think I used the pet setting to get some pictures but ended up switching because I preferred the black and white setting. 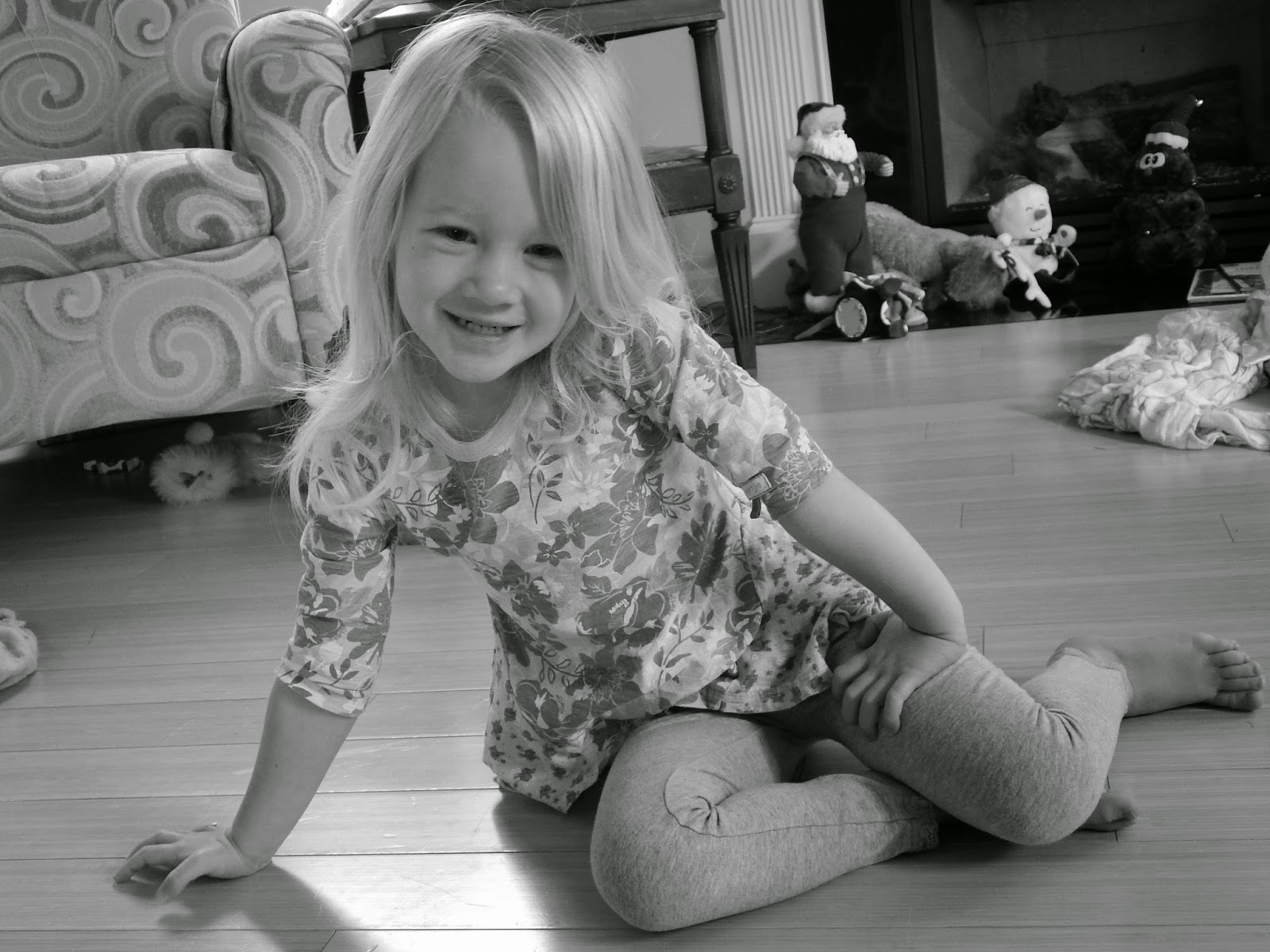 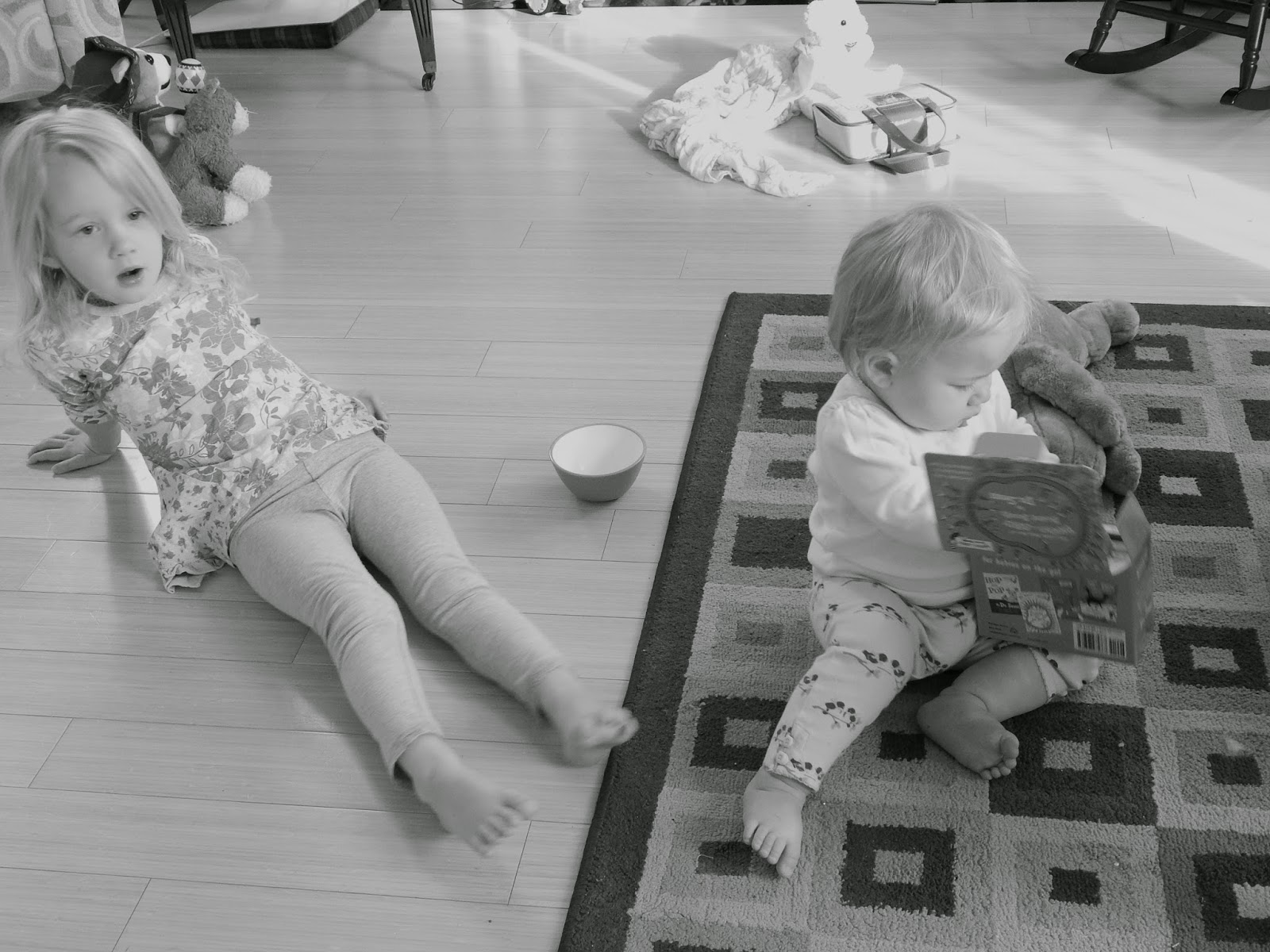 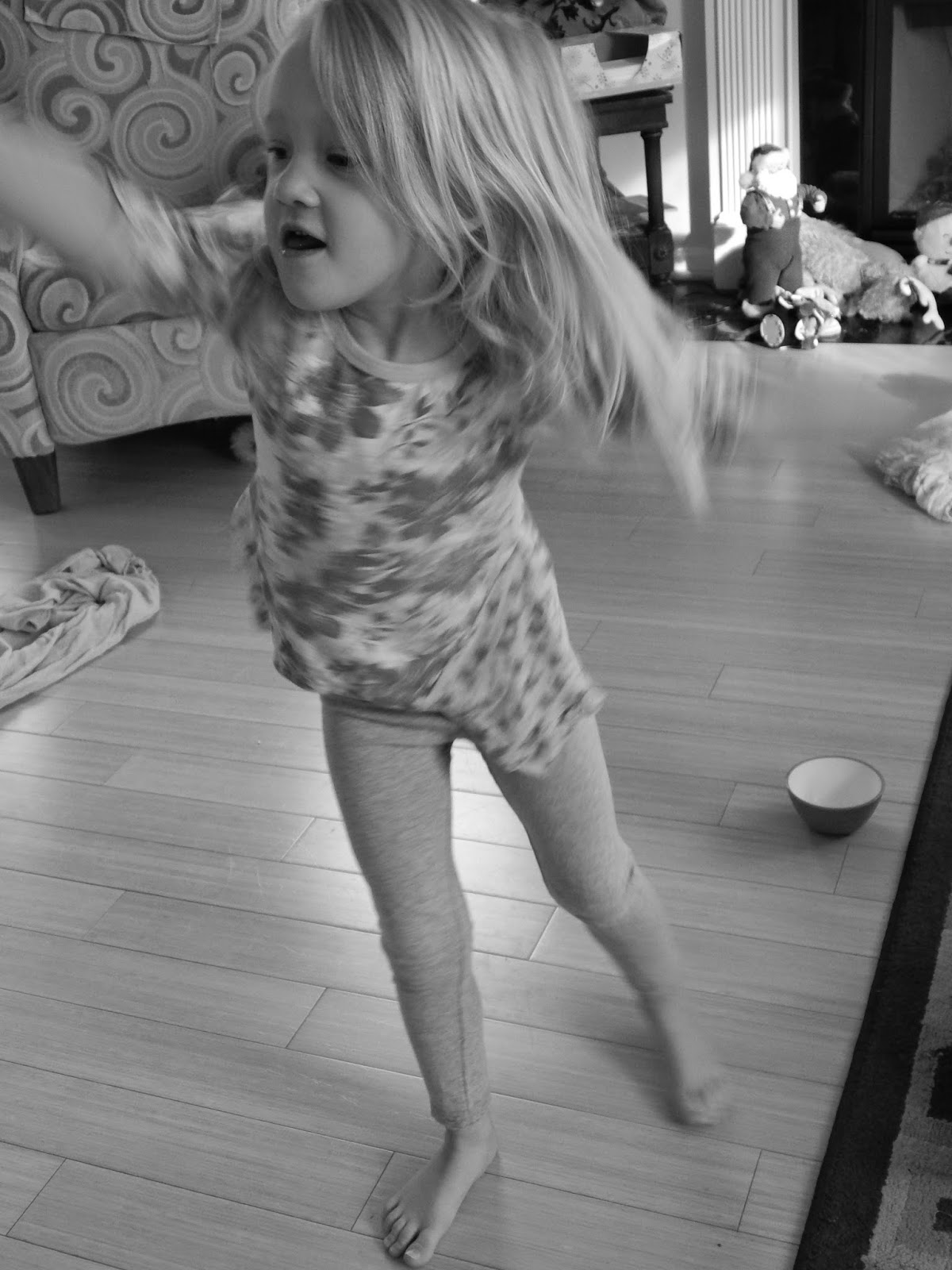 Then of course she requested that I record her swim dancing around the living room. That swim dancing mostly involved running around quickly while madly moving your arms back and forth. After her demonstration I got down on the floor to take more pictures of Jane. She noticed me then made her way over. 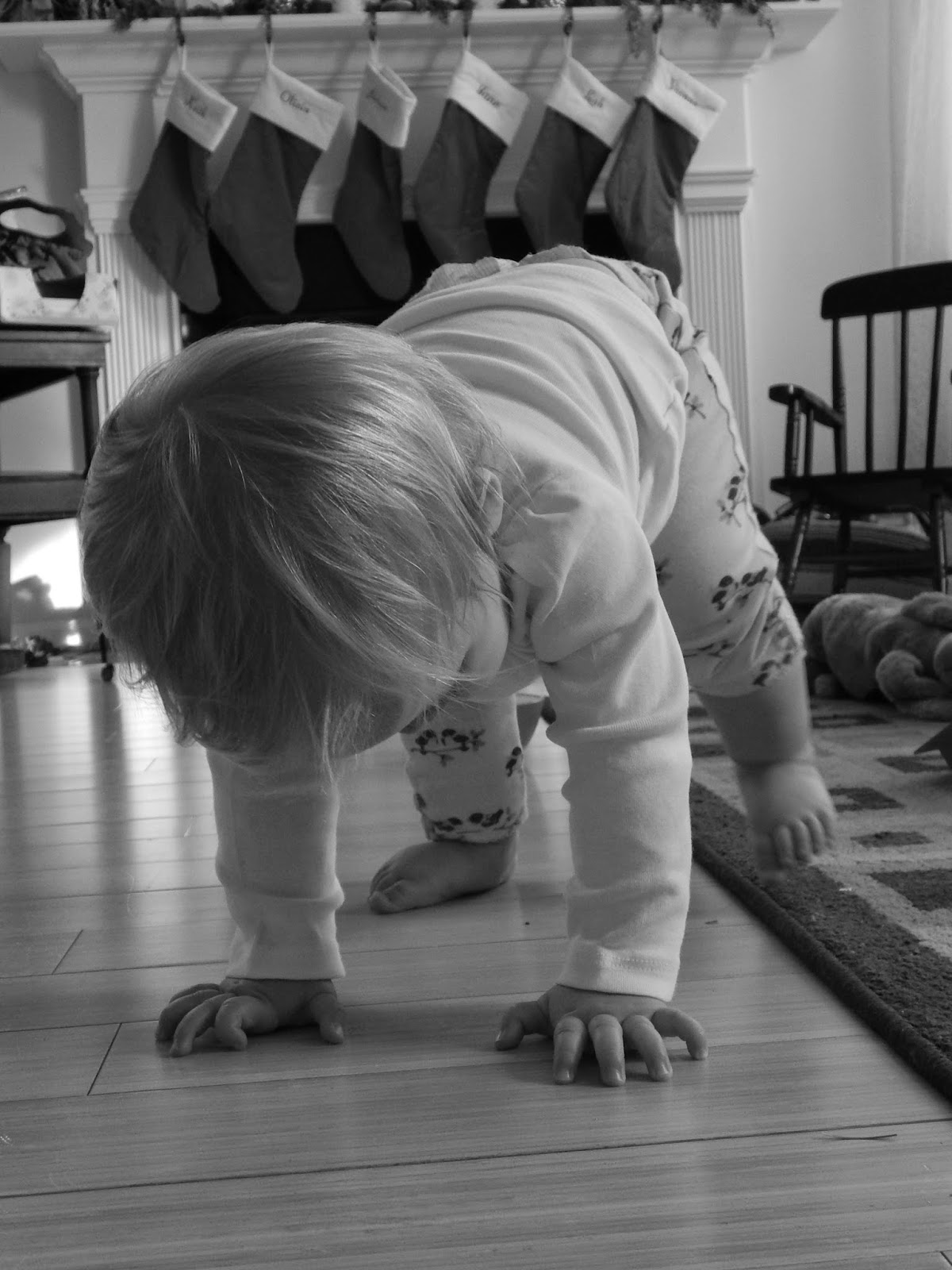 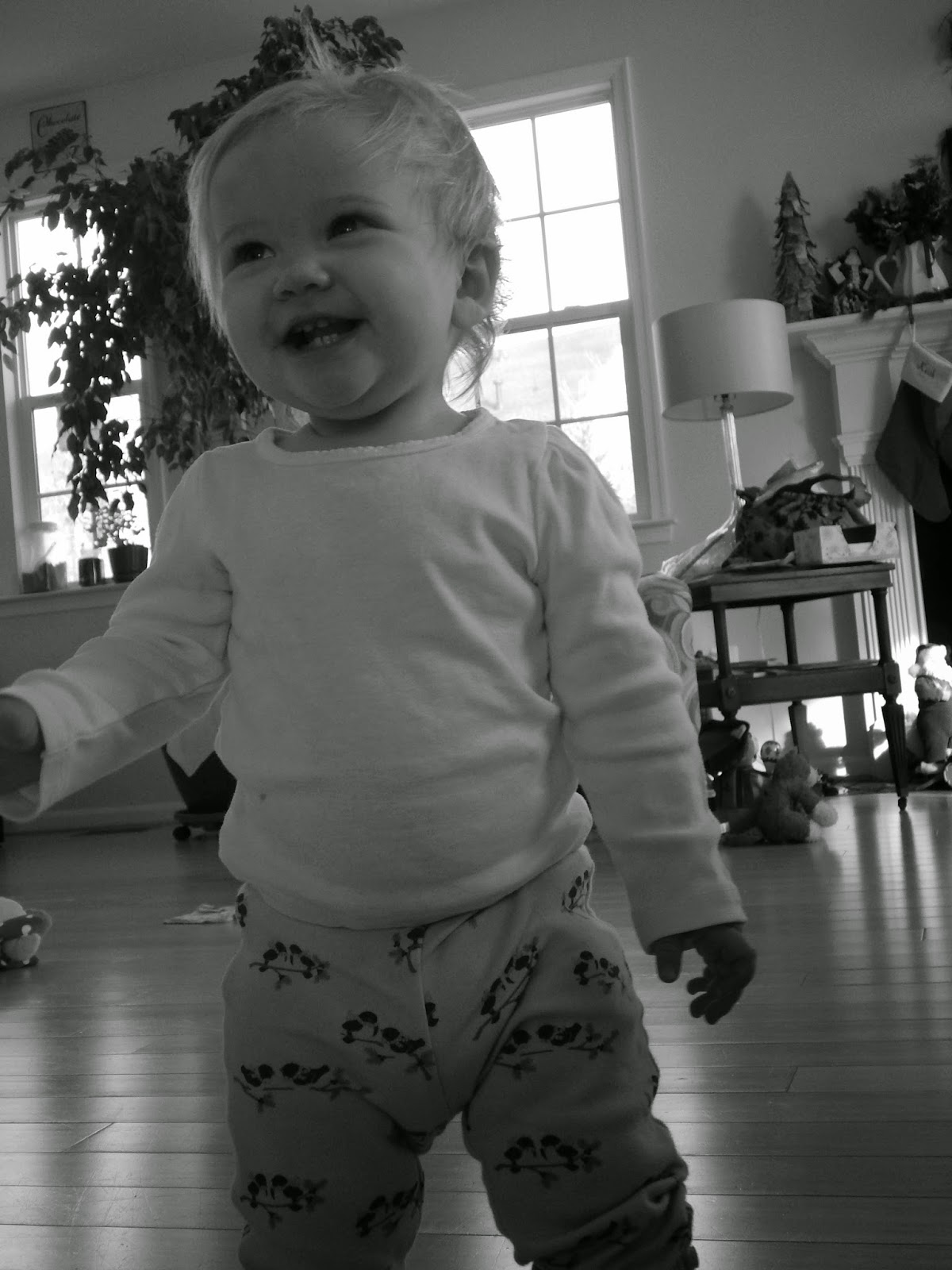 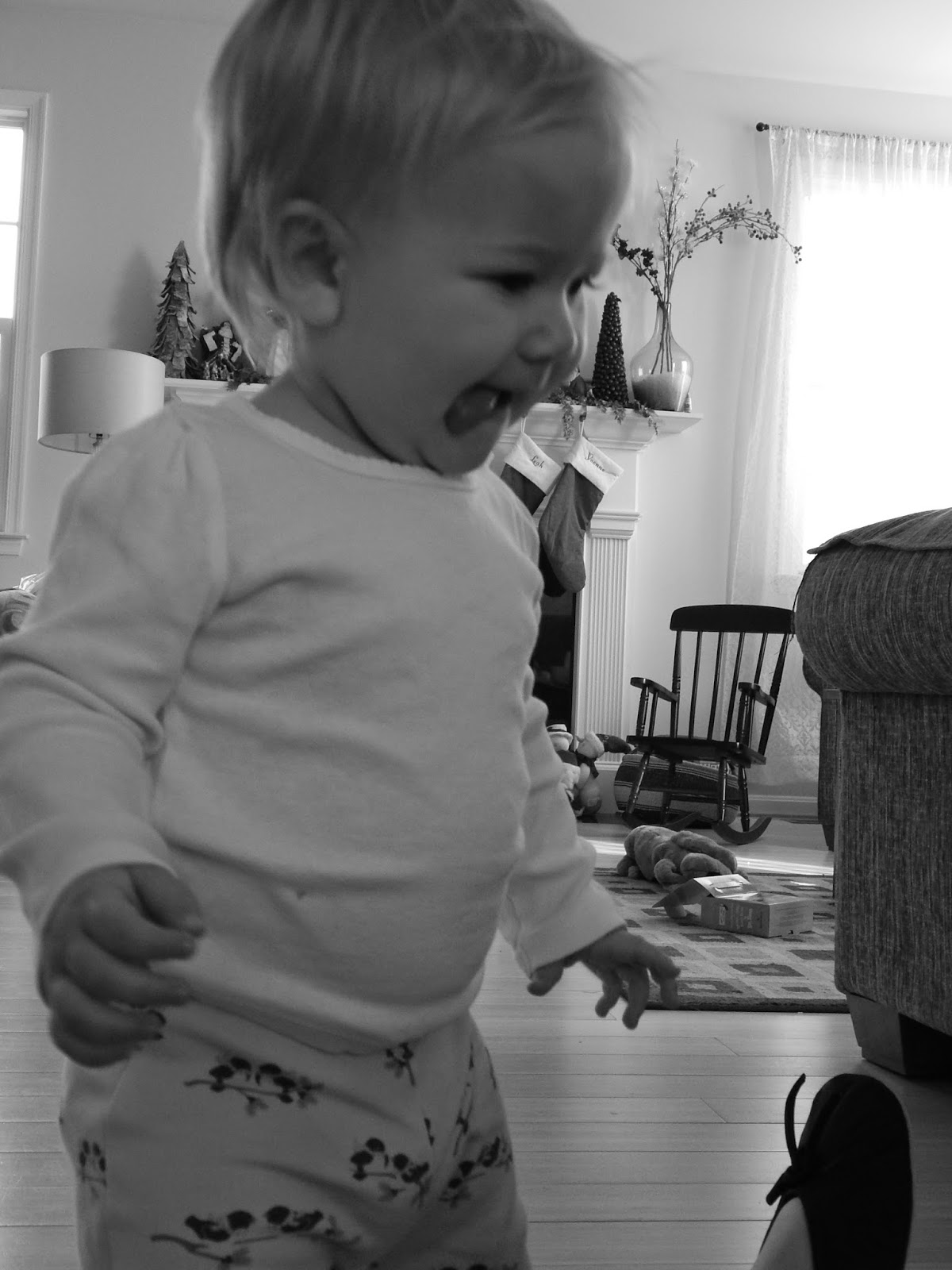 She began to try to sit on me as I tried to scoot back. Eventually I was unable to scoot fast enough. This is the last shot, my foot included, before she jumped on me. 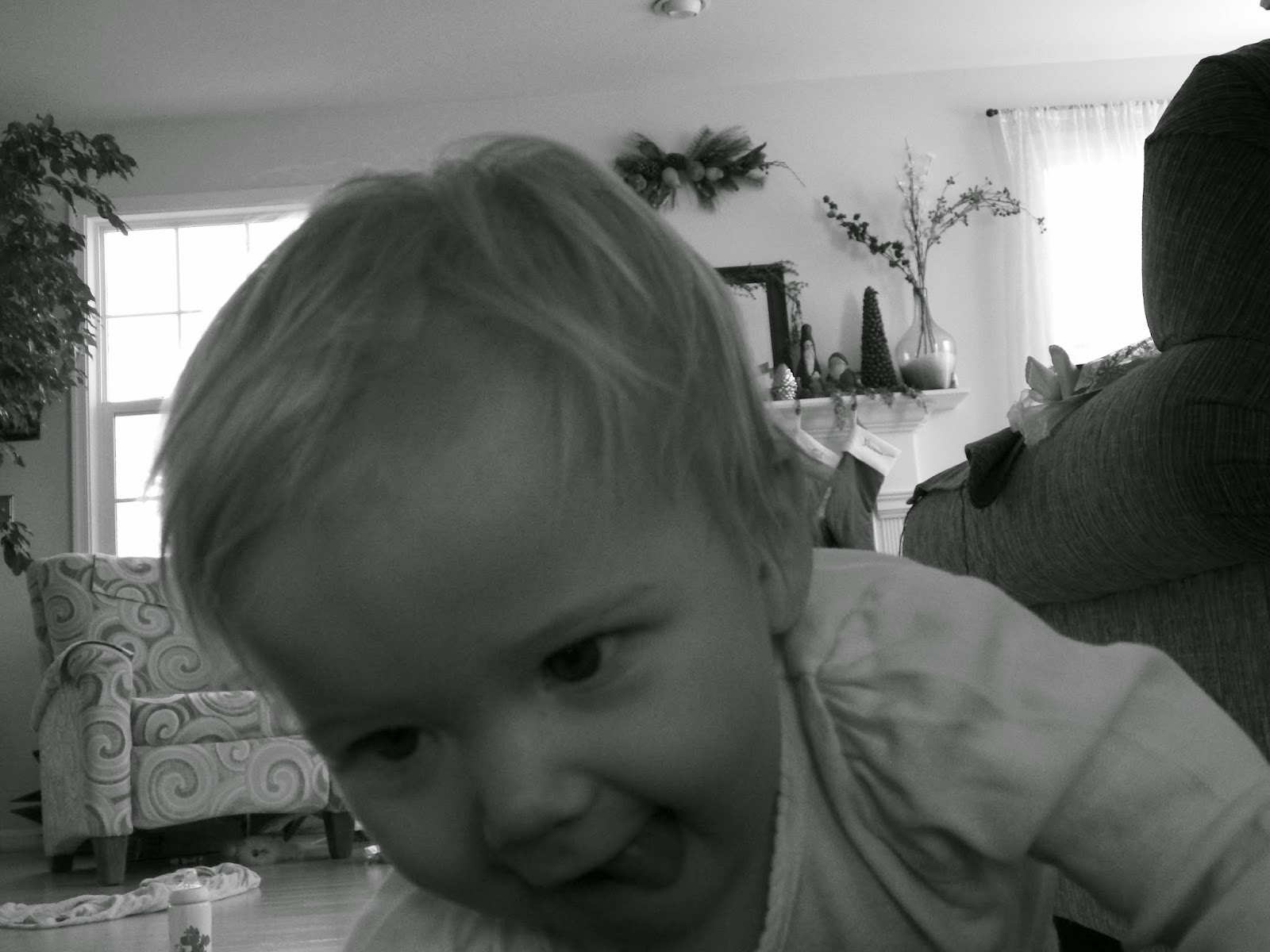 With glee and mischief Jane climbed up to me trying to get a better look at my camera. She was very persistent, cute too. 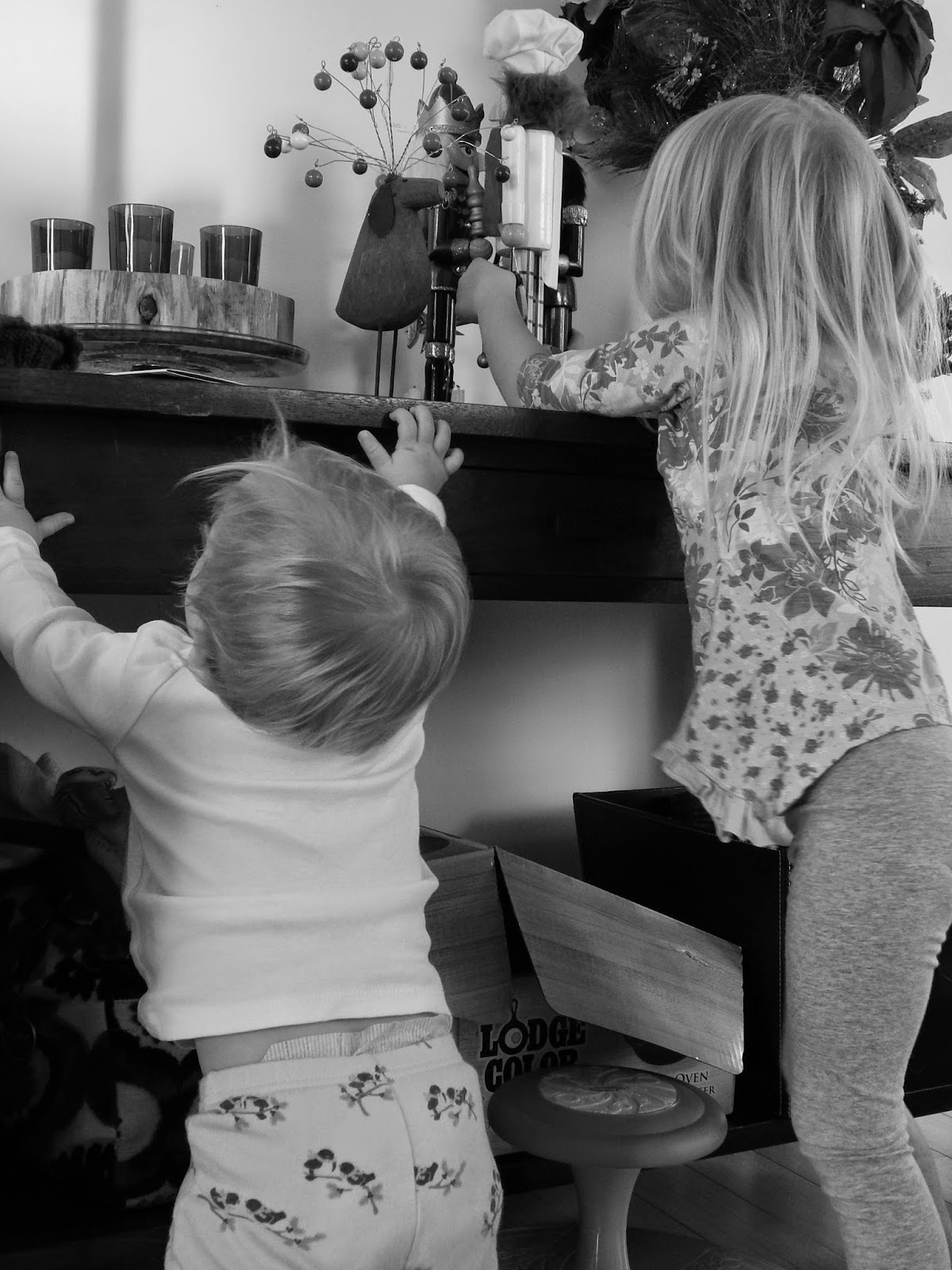 Despite being young Jane still insists on being a part of anything that Adelynn decides to do. While Jane was unable to reach for the nutcrackers herself I love seeing her try to join in with her big sister. 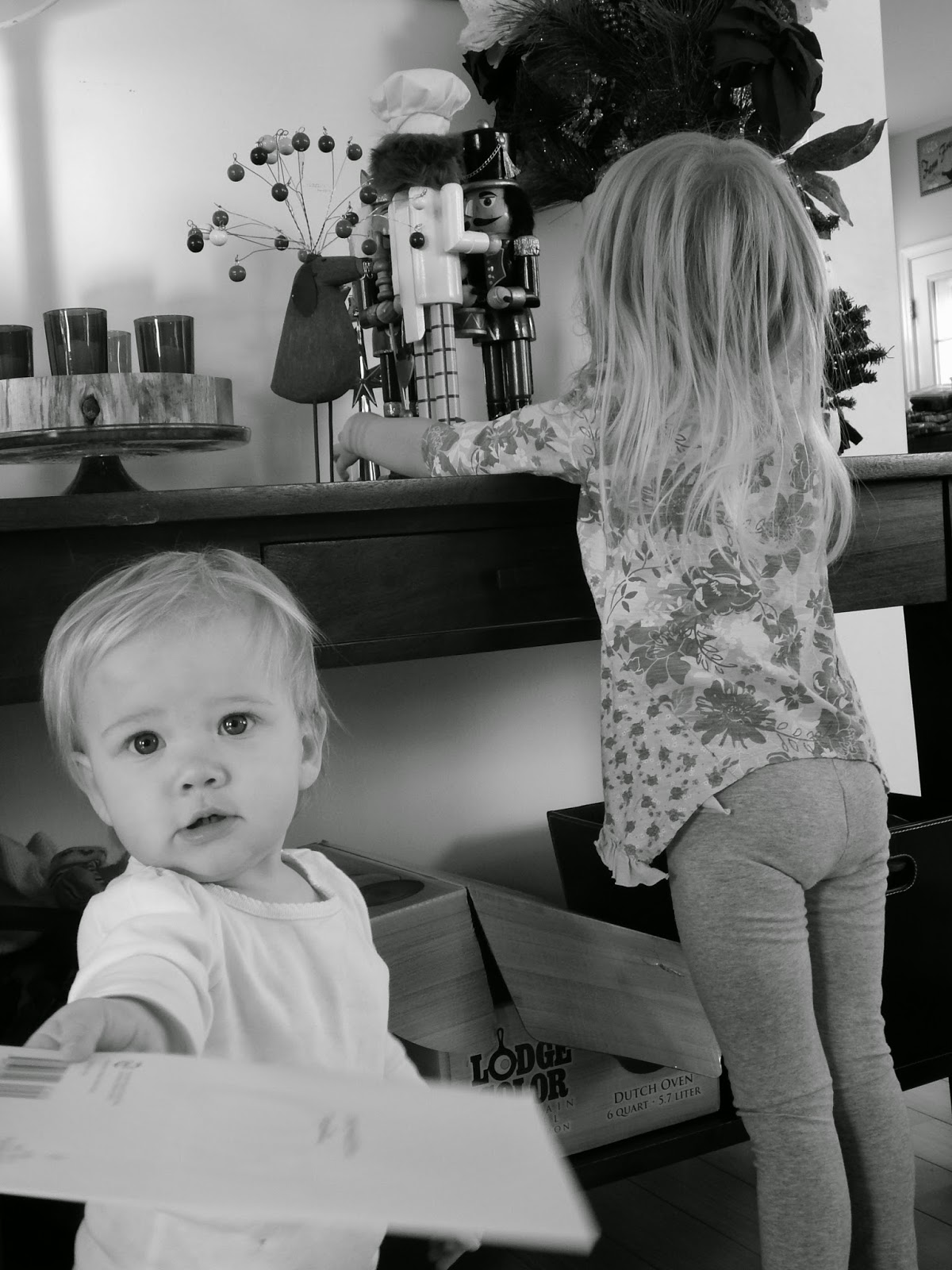 Again I was discovered with little Jane trying to get me to open up the musical Christmas card. 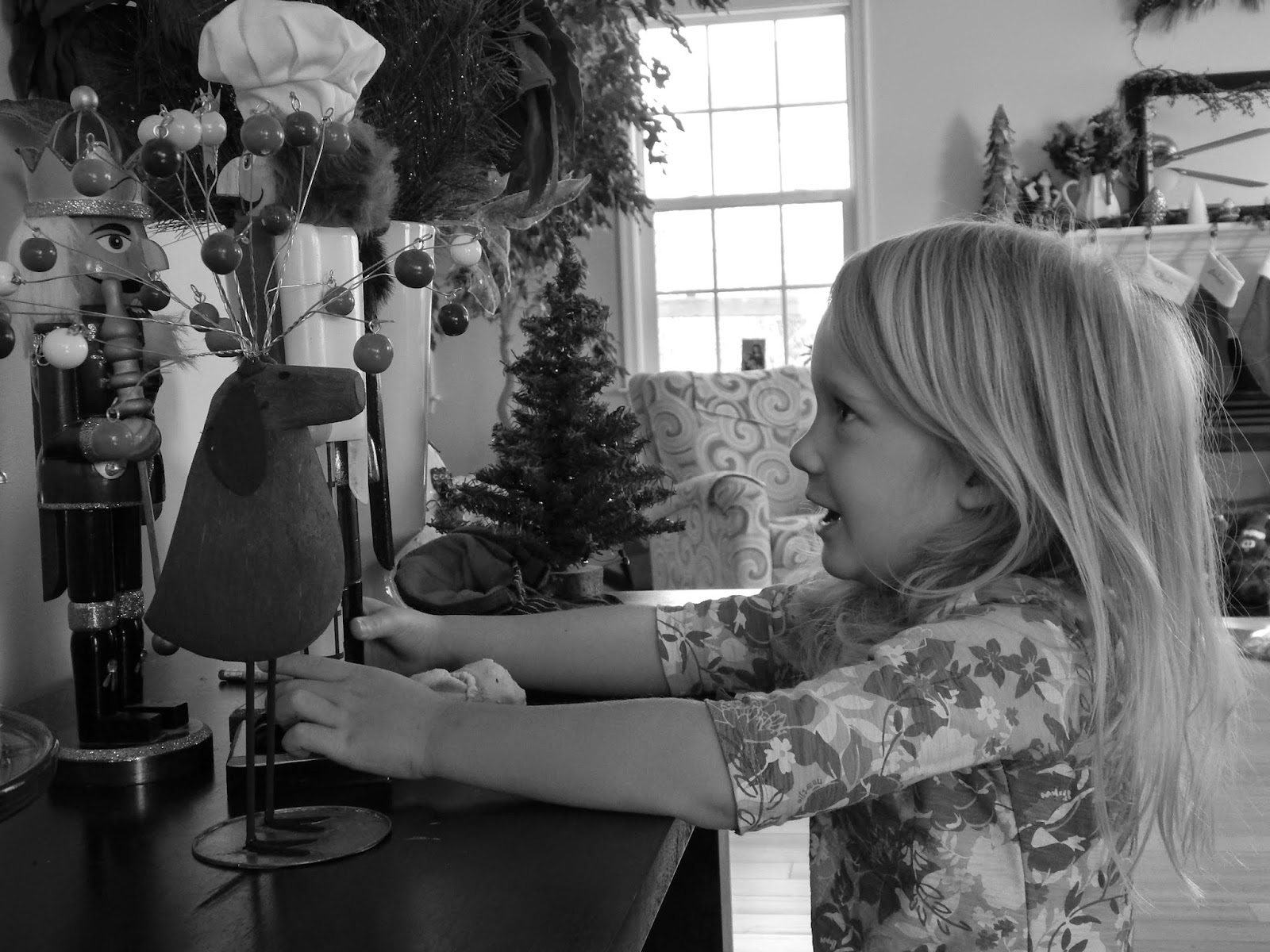 Lately Adelynn has been intrigued with our nutcrackers. She spent a good deal of time playing with them. Here she was having an interesting conversation with them. The imagination documentation is so fantastic at this age. The chef nutcracker is her favorite. She spends lots of time talking with him. 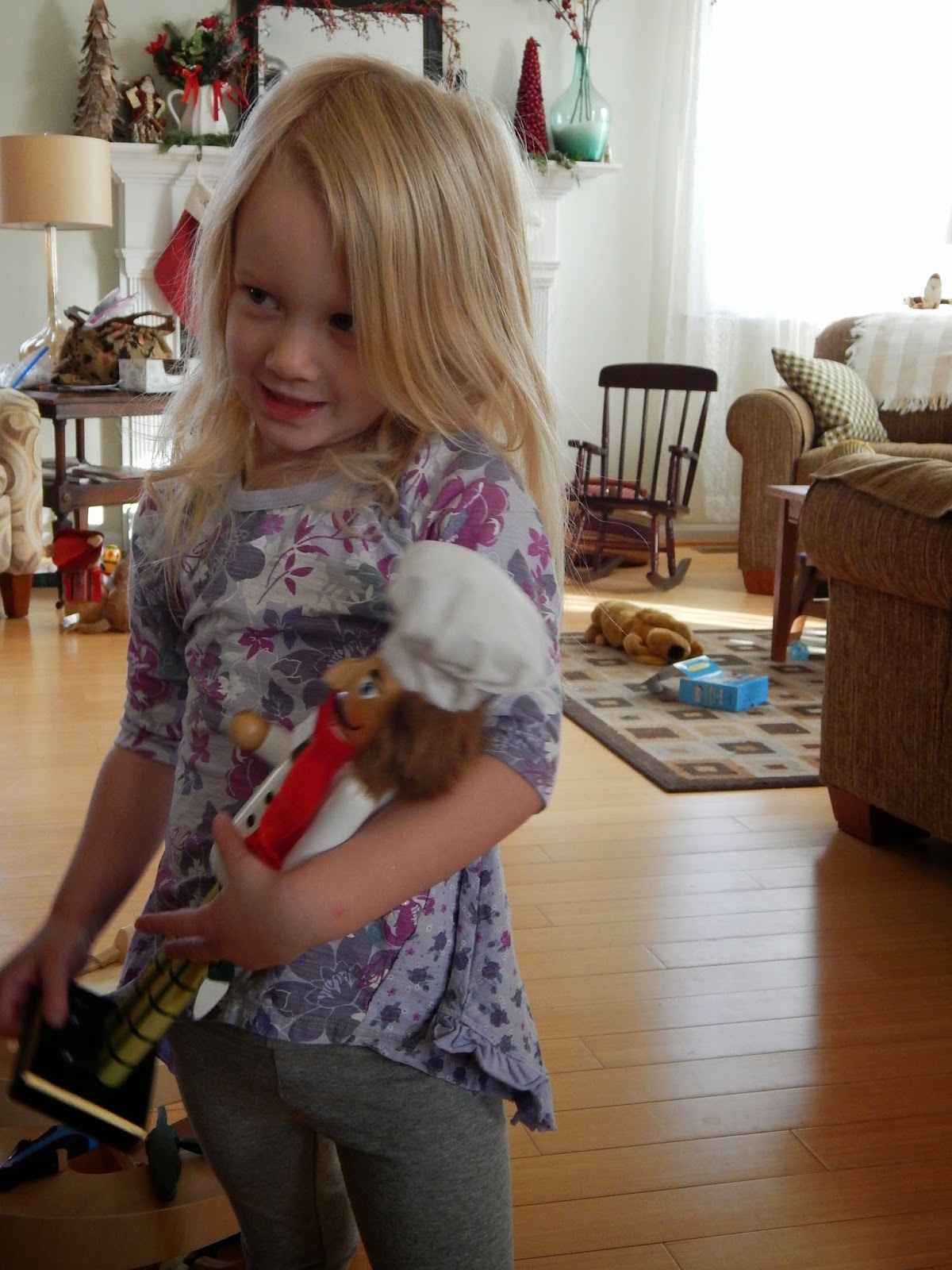 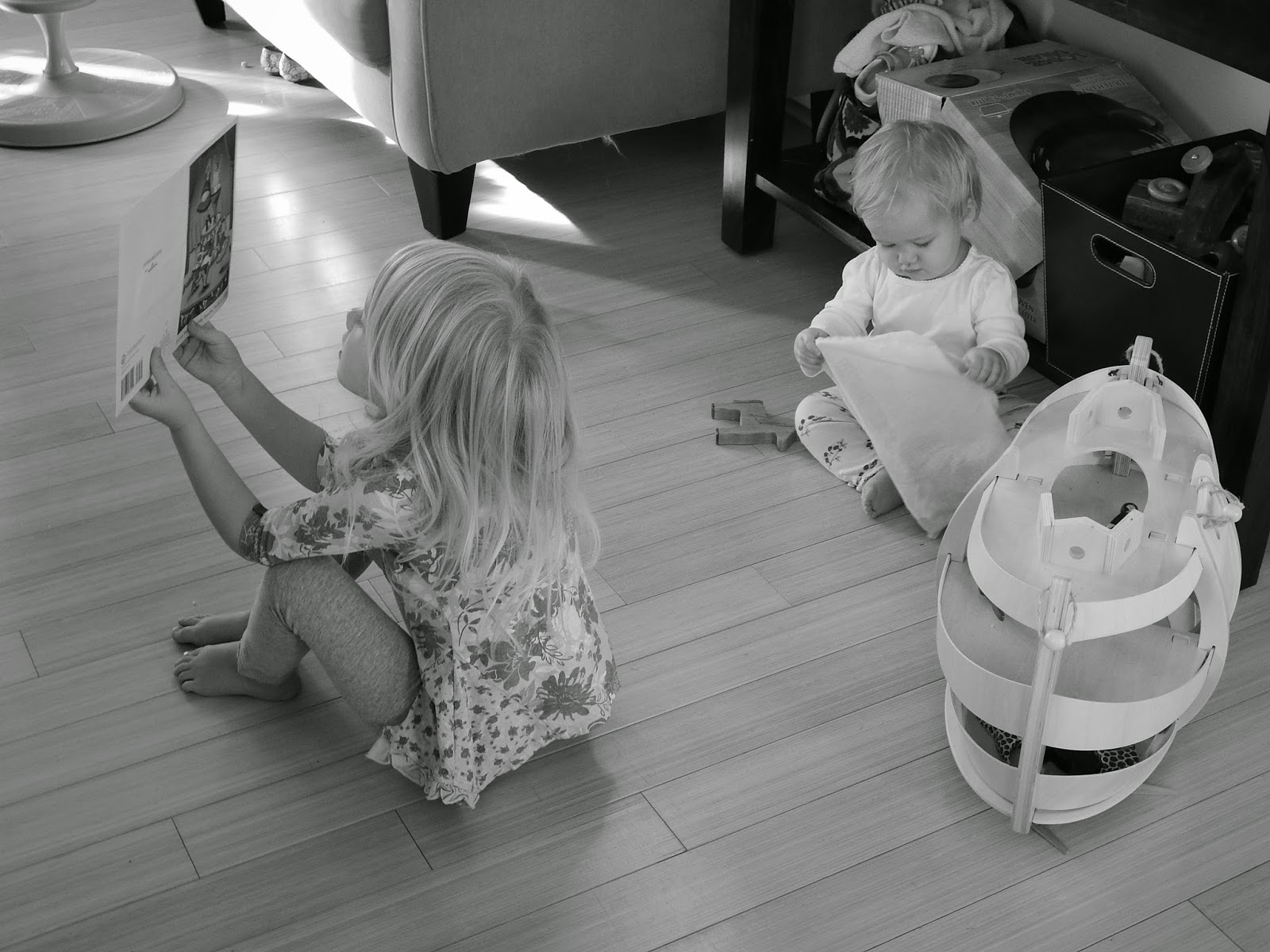 All I can say is that it felt good to get a decent camera in my hands. I must admit my Nikon Coolpix L820 is what I refer to as my everyday camera it too is limited. I'm still learning how to use its features. We bought it for our trip to Paris to lighten our load but allow us to take decent pictures. Its ease of use has been putting this camera in the forefront of our picture taking. The pictures from today have motivated me to dust off my other Nikon. I know me though, I'll get inspired then forget again. I'm ok with that, I know life has a way of distracting me. As long as I can snap a few good memories I'll call it a success.
Email Post
Labels: Children Daily life Motherhood My girls