Adelynn's school put on a Christmas pageant. Everyone looked their best as they sang and acted out parts of the Nativity. I tried to get pictures of Adelynn singing with her class. We had to sit way in the back to let Jane run around which made it difficult to get a good picture. Then there was not much to record but a gloomy face so I decided it best not to continue trying since we'd rather remember the event as happy. We are puzzled why our girls seem so unhappy when performing at school yet according to them it was the "best time" they ever had in school. Kids are odd. 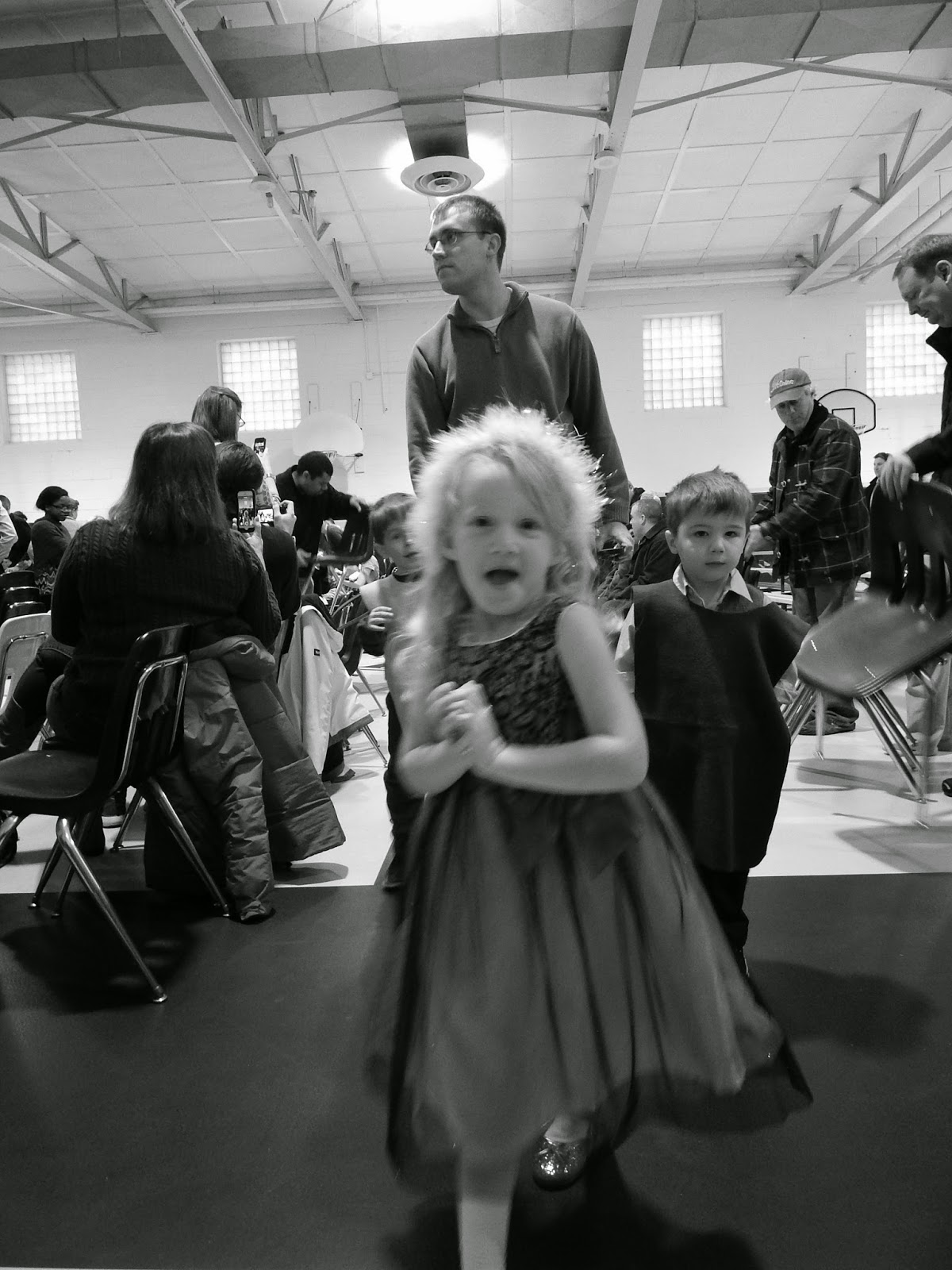 Leaving the stage on her way back to her classroom. She's far happier now. By this point I'm worn out from walking around with Jane on my back hoping she'd fall asleep in the carrier. 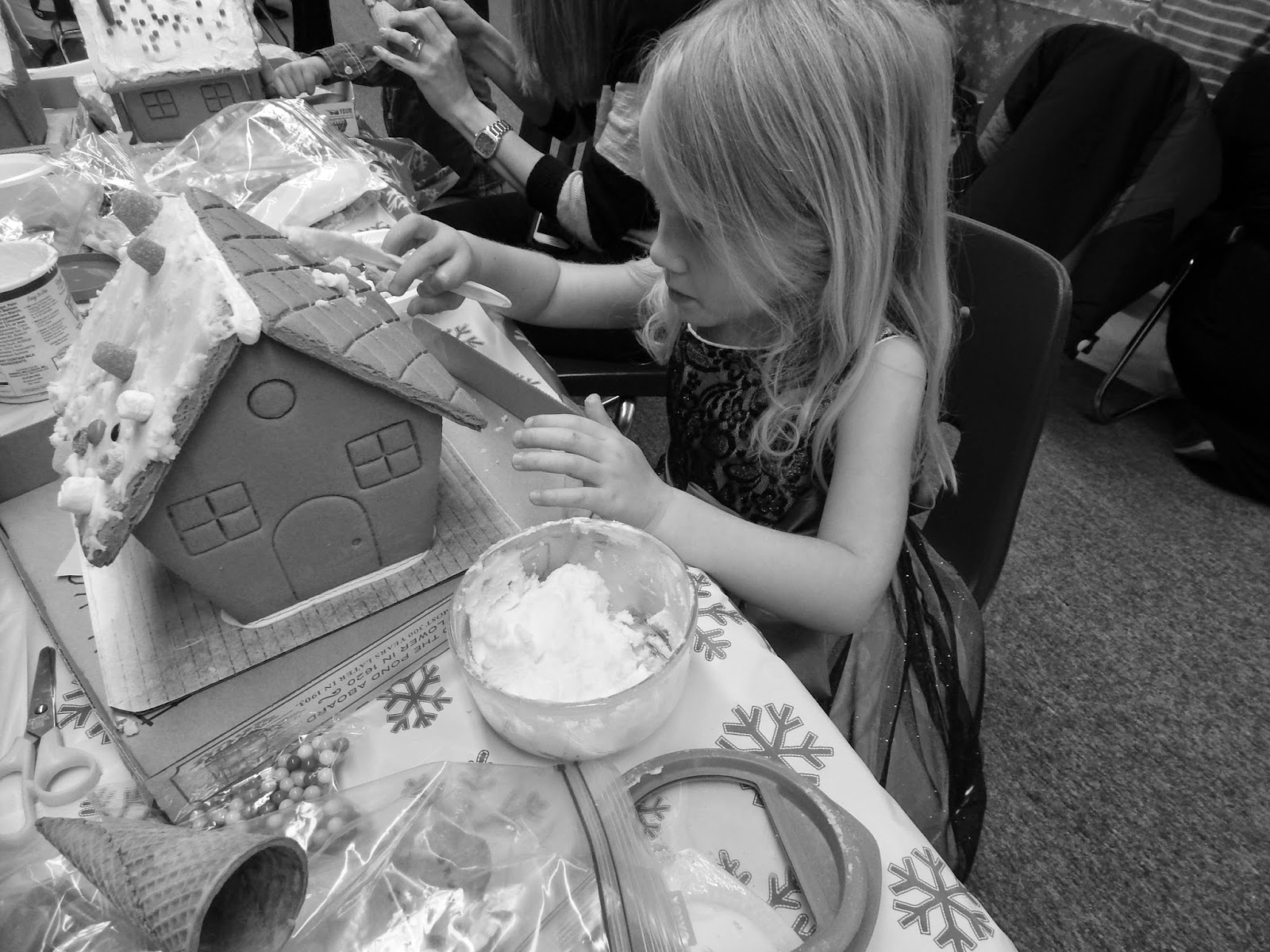 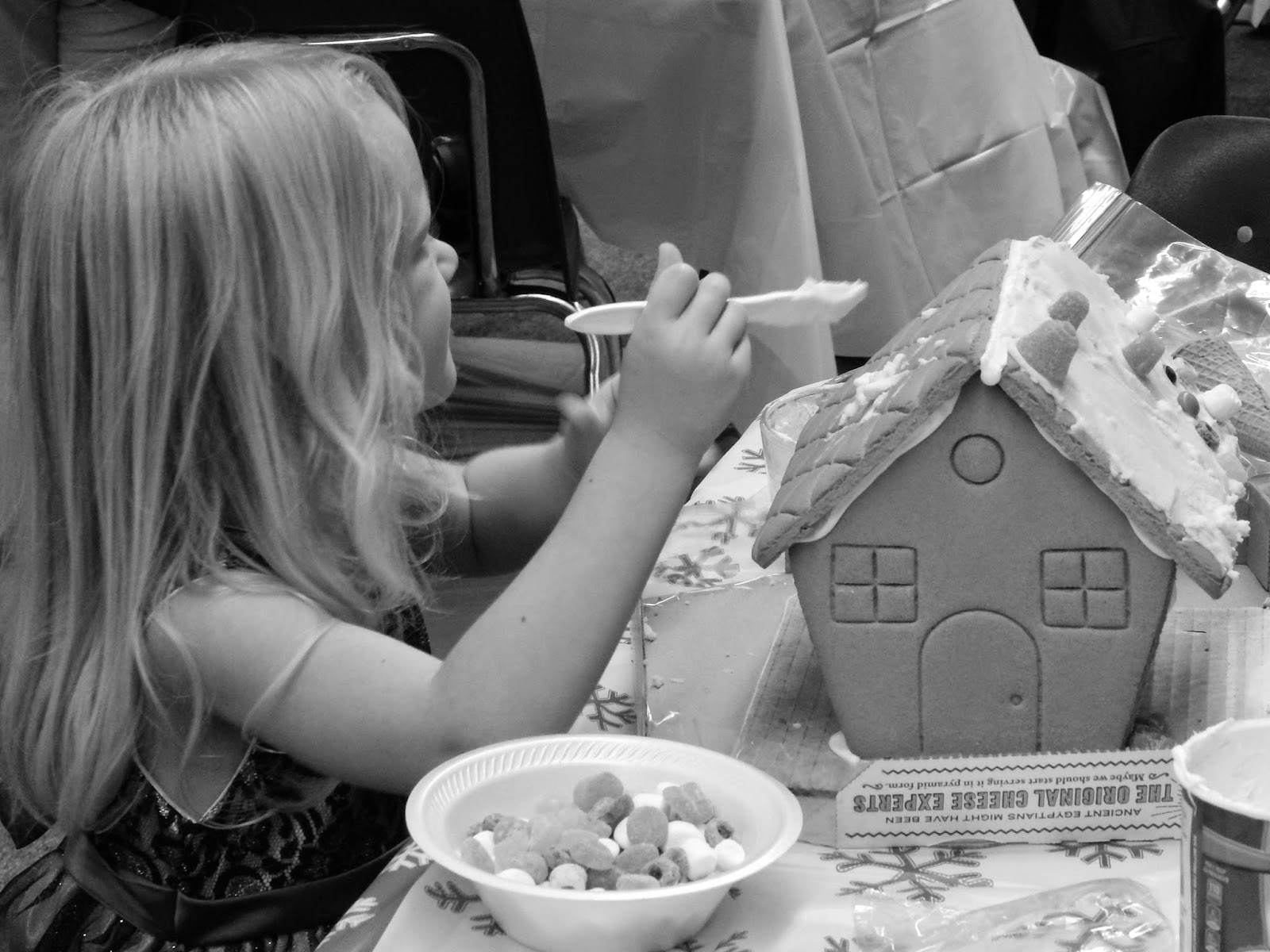 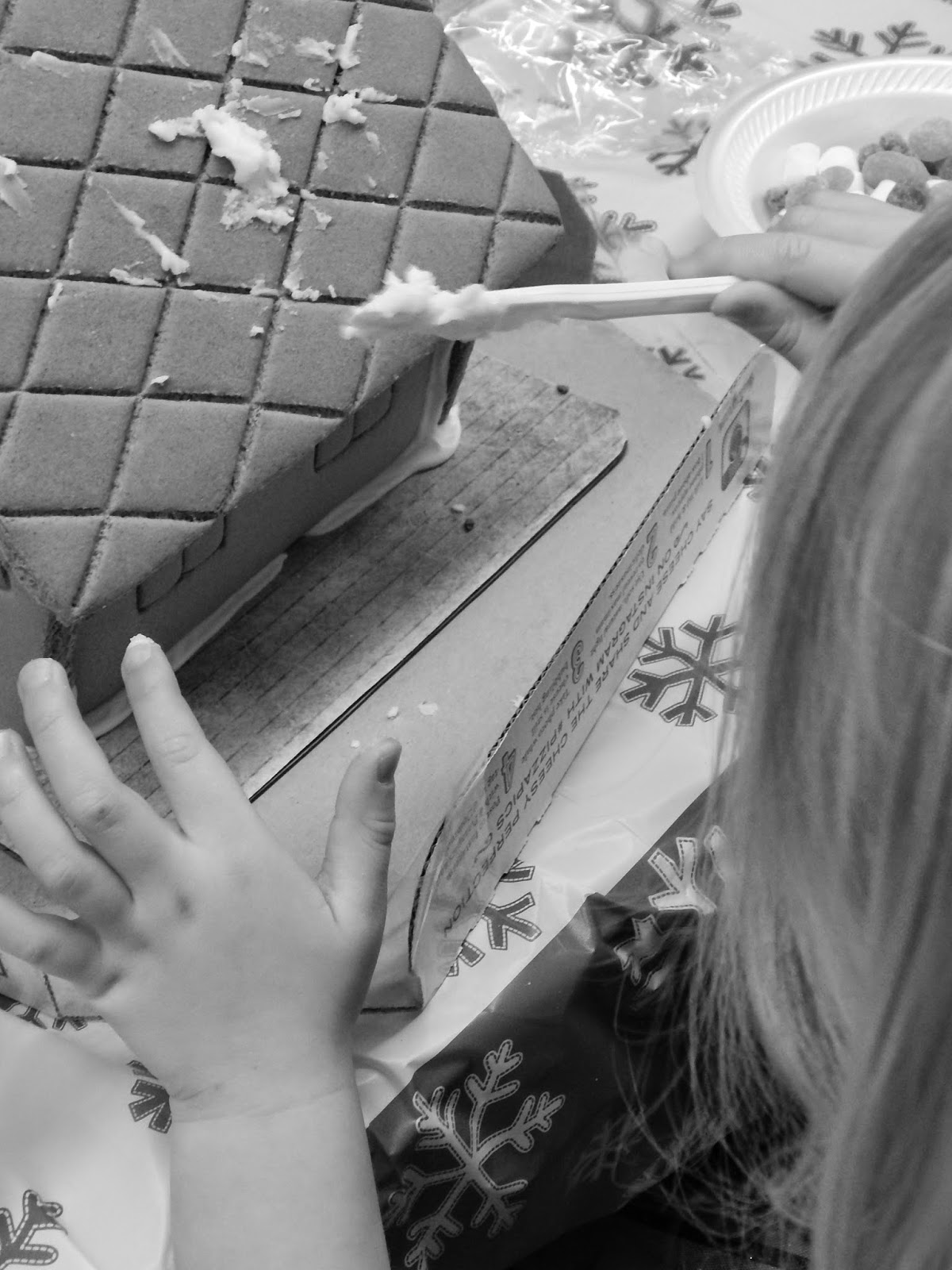 At the party Adelynn worked hard on her gingerbread house. The frosting was difficult to spread so I needed to help her with that part. We managed to get half the roof complete before Santa arrived. The whole time Jane was asleep on my back which made helping tricky. We would have liked to sit with people from her class but they misplaced our house so we ended up having to move to a different table. Good thing they found our house otherwise it would have been a sad party for this excited pre-schooler. 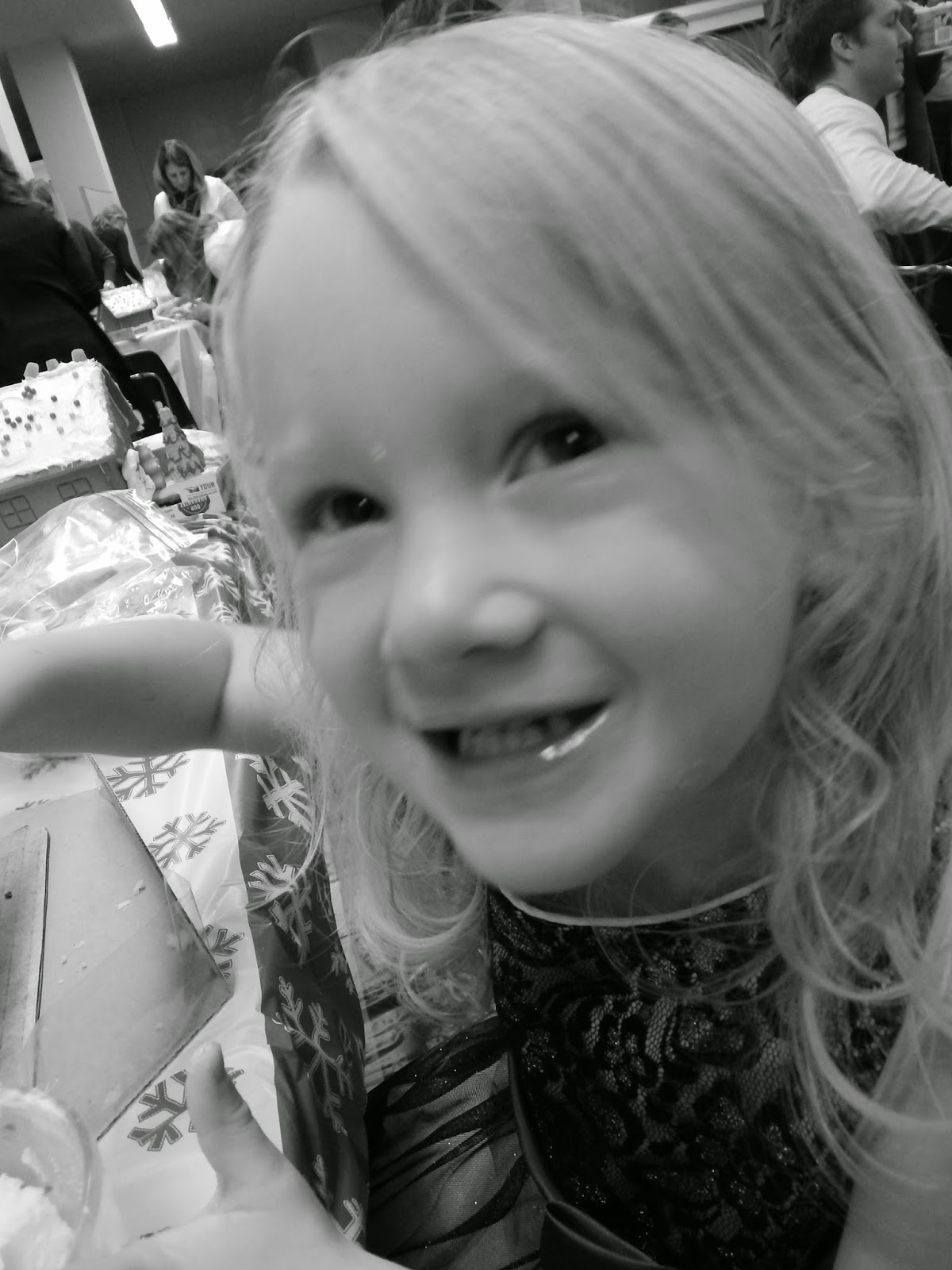 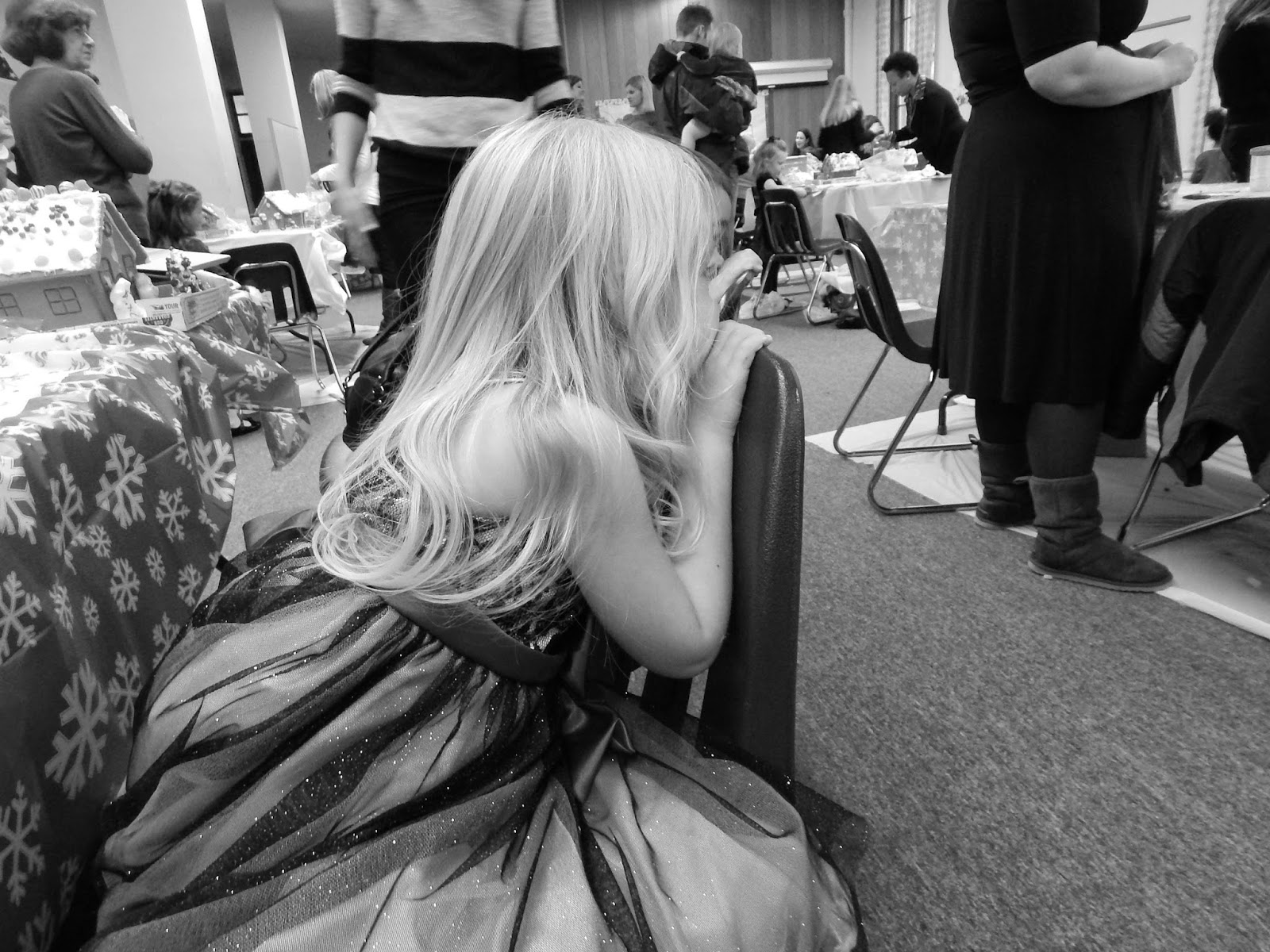 Adelynn was so excited about meeting Santa but she wasn't quite ready to talk to him. She sat in her chair watching as Santa visited with each child at the party. 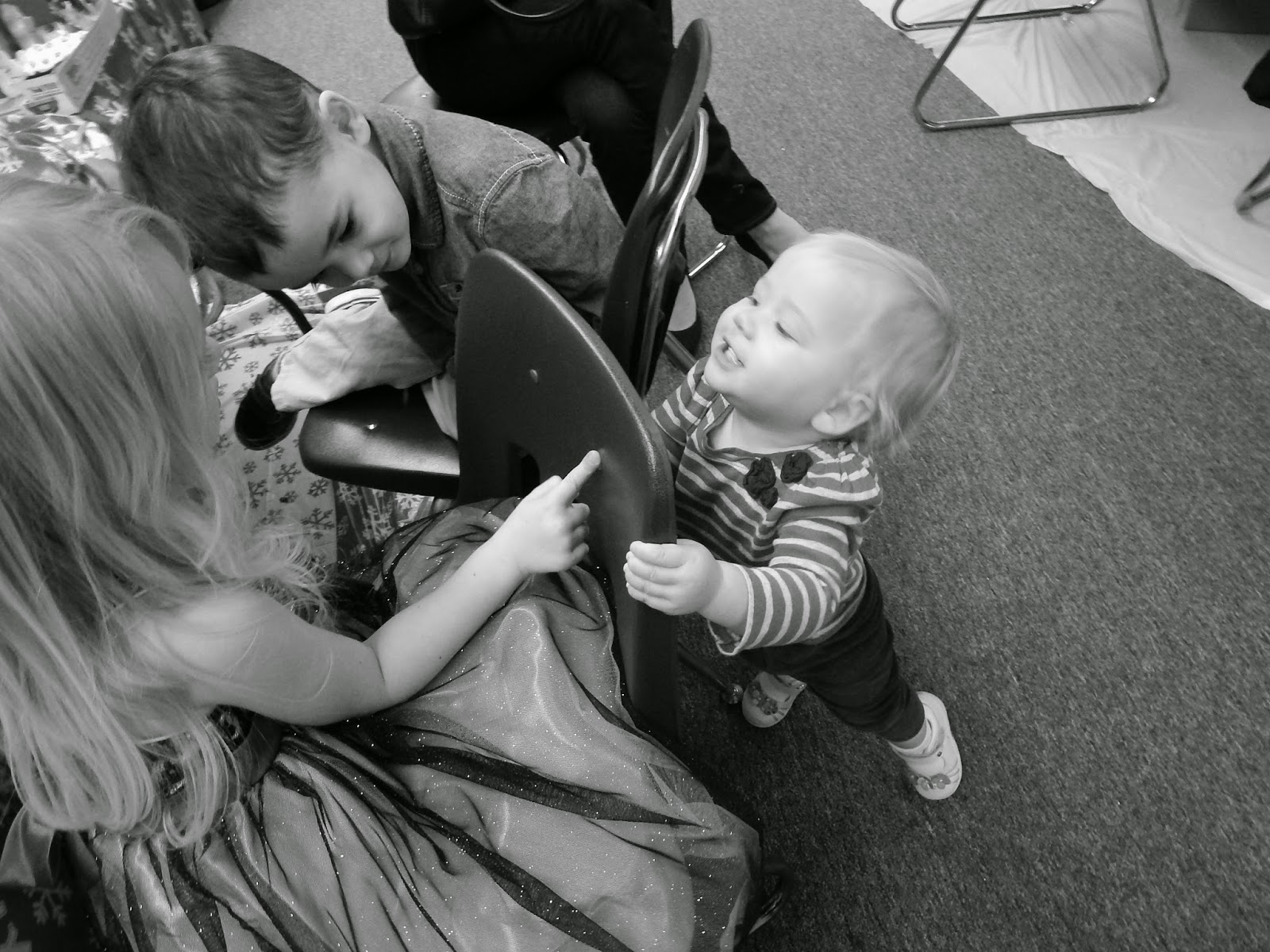 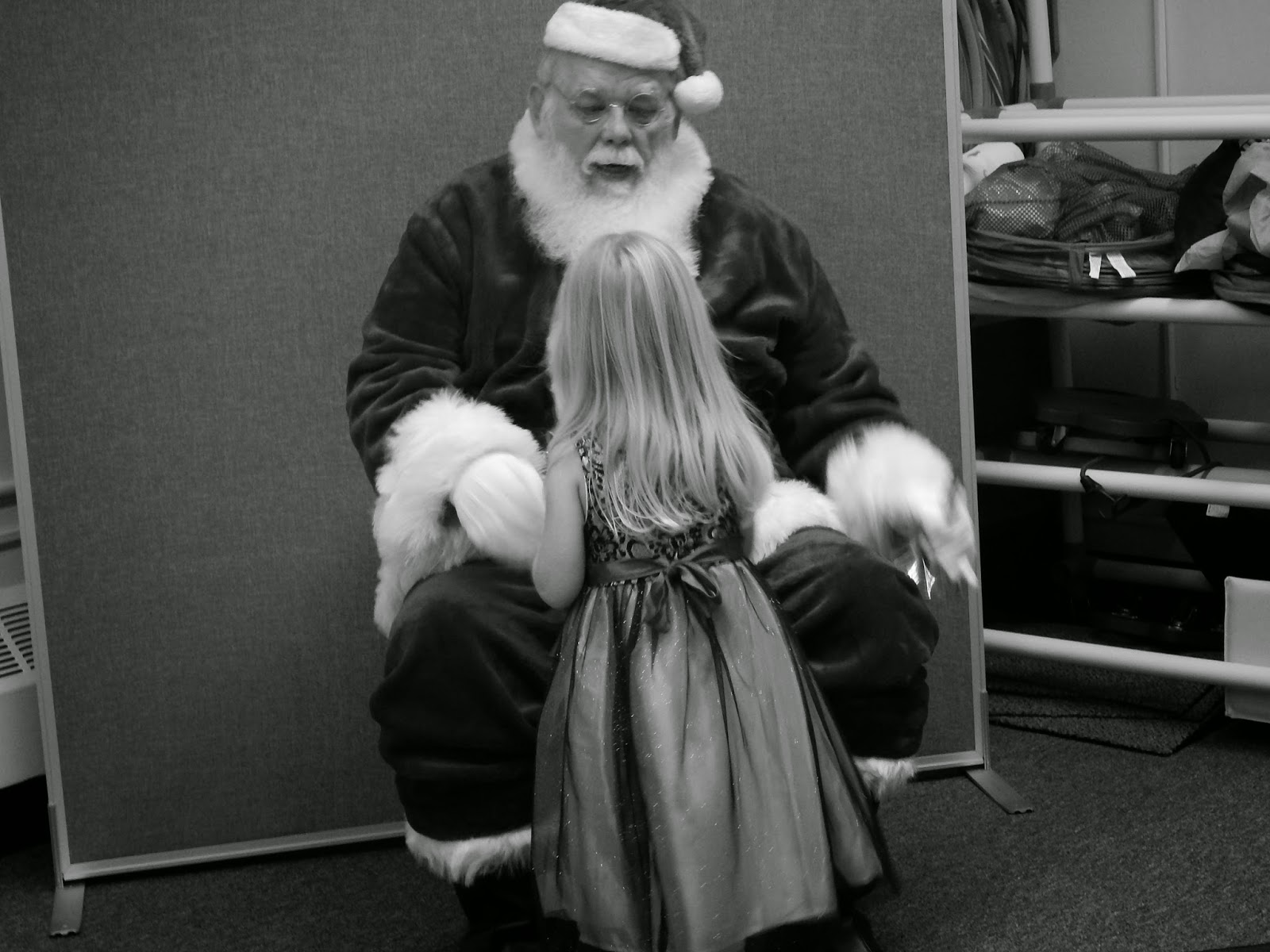 Finally Adelynn had felt the time was right to have her chat with Santa. 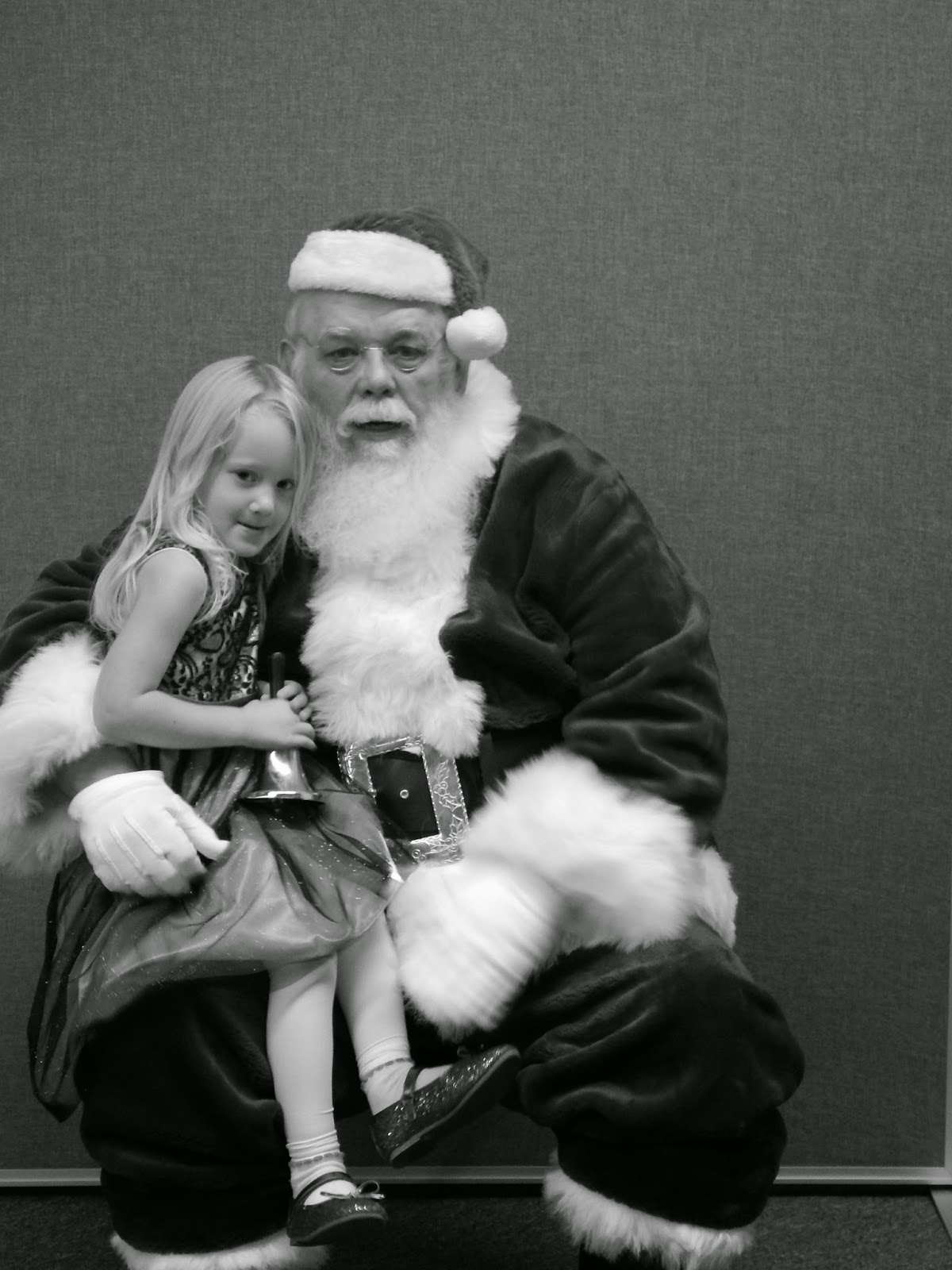 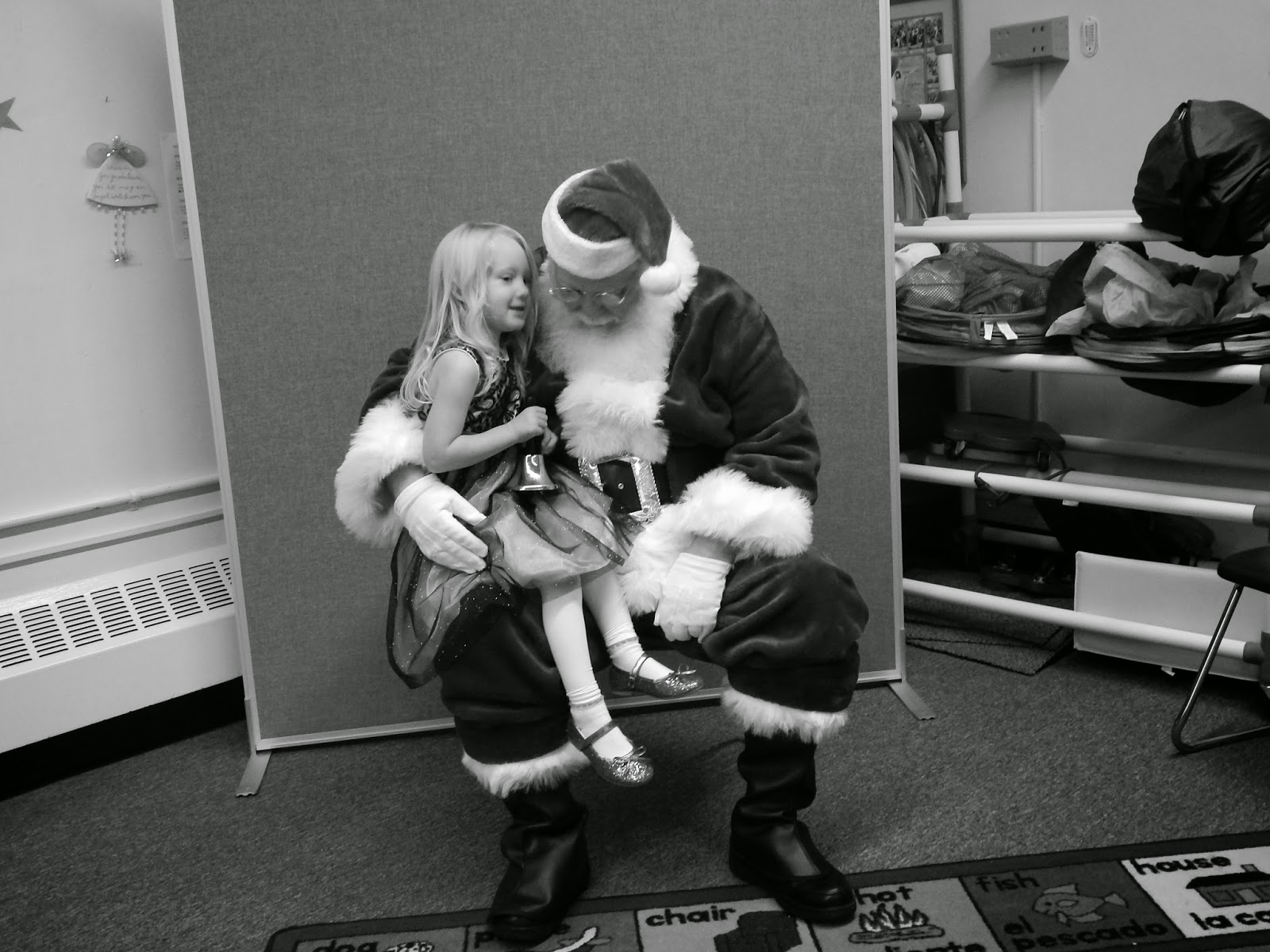 She told him she'd like some Ariel flip-flops and chocolate. We tried to get Jane to visit with Santa but she wasn't interested in being still. Maybe next year. After Santa left to feed his reindeer we packed up our house to head back home. Adelynn was planning on fantastical designs for her gingerbread house.
Email Post
Labels: Christmas