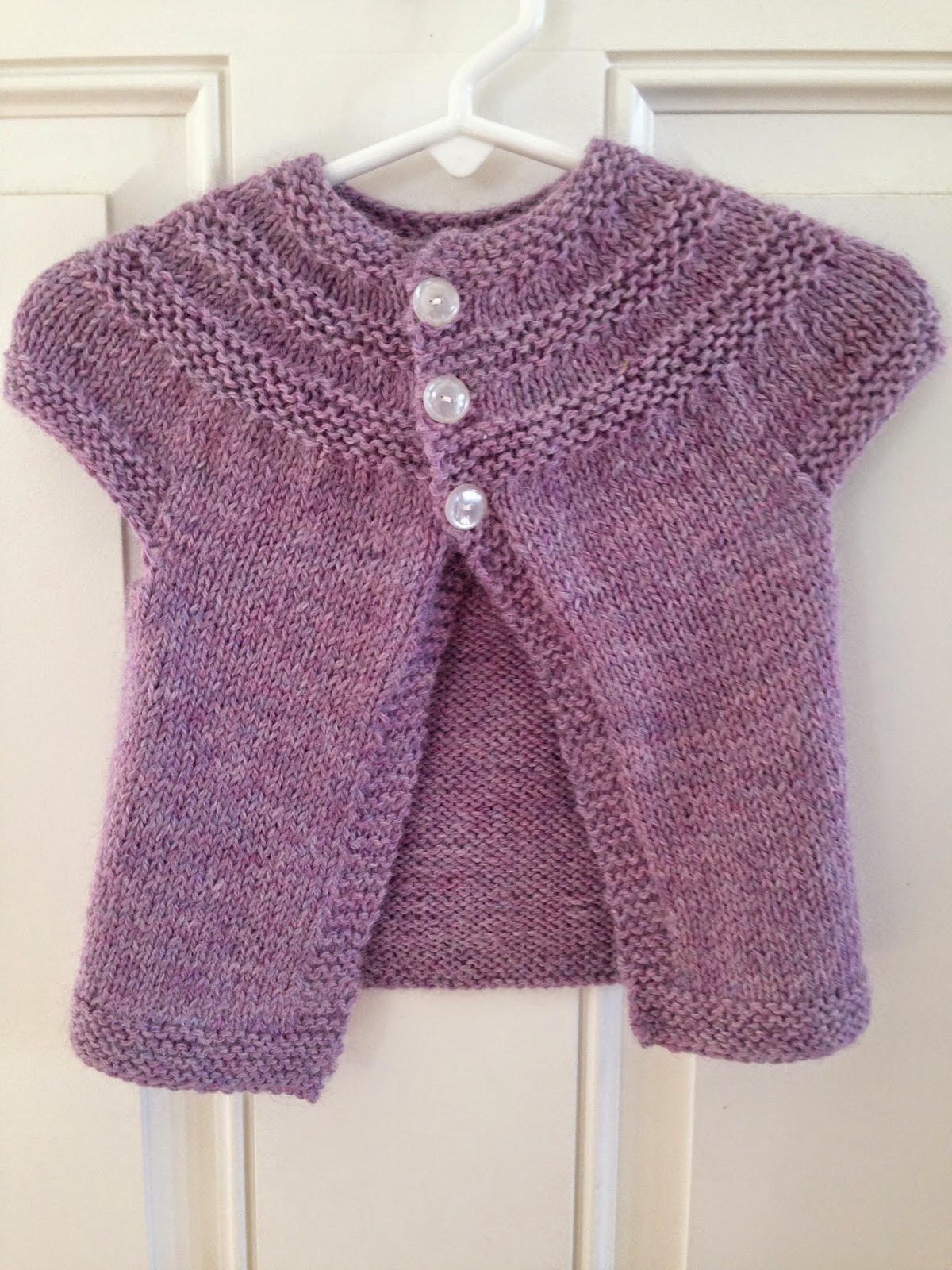 It's done! It only took me 15 months to FINALLY get it done. Late summer of 2013 I began to knit this  In Threes cardigan for a friend's baby girl. I charged through the smocking portion of the cardigan and then lost interest. I set it aside then forgot all about it. When that baby C was born I thought about racing to finish this sweater but I knew that was going to be impossible. Since I had already made one using Madeline Tosh Vintage in Thyme (intended for Adelynn) I ended up giving that one to my friend. It was a better gift as this baby C was the only girl in a house of boys so I thought that she would need a color that would be a compliment to all that pink clothing she was given. Meanwhile this lovely lavender cardigan sat around. By this point it was too small for Adelynn. I planned on having it done for baby 4…but I guess we thought maybe Jane would be a boy. So instead of getting it done I let it sit. I worked on other baby knits. Now that Jane approached close to the size of this cardigan I picked it back up with a plan to finish it by the end of January. 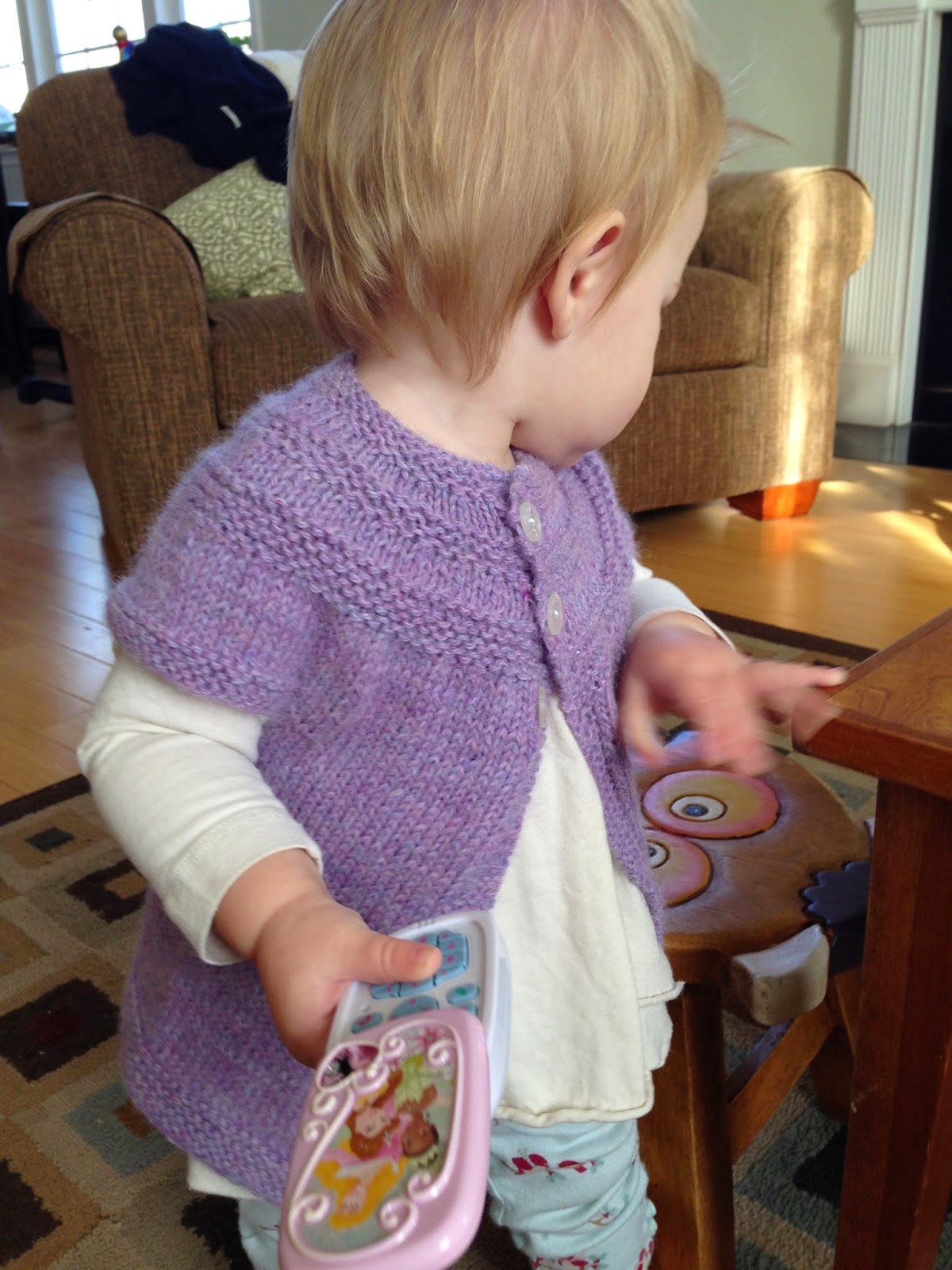 I have no idea why I kept putting this project off so many times. I love this yarn. It has a wonderful color and feel. The Alpaca with a Twist Baby Twist is a great yarn to use for kids. SO soft! I used 4mm 16" circular needles. It took longer due to the smaller gauge to finish this sweater. I decide to not knit the double garter stitch ridges at the bottom. I wanted this one to have a simpler look. I finished off by sewing on some simple white plastic buttons. 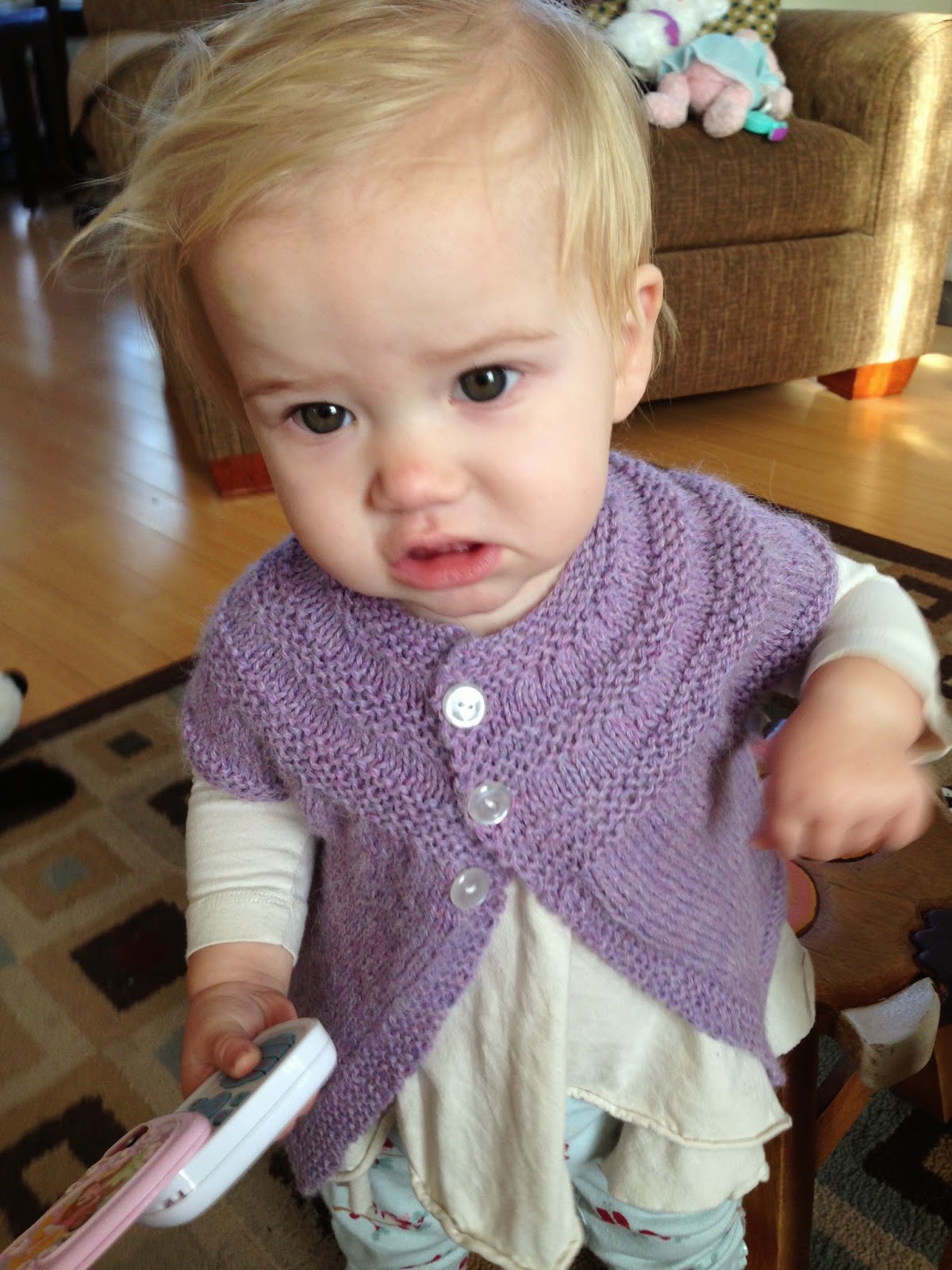 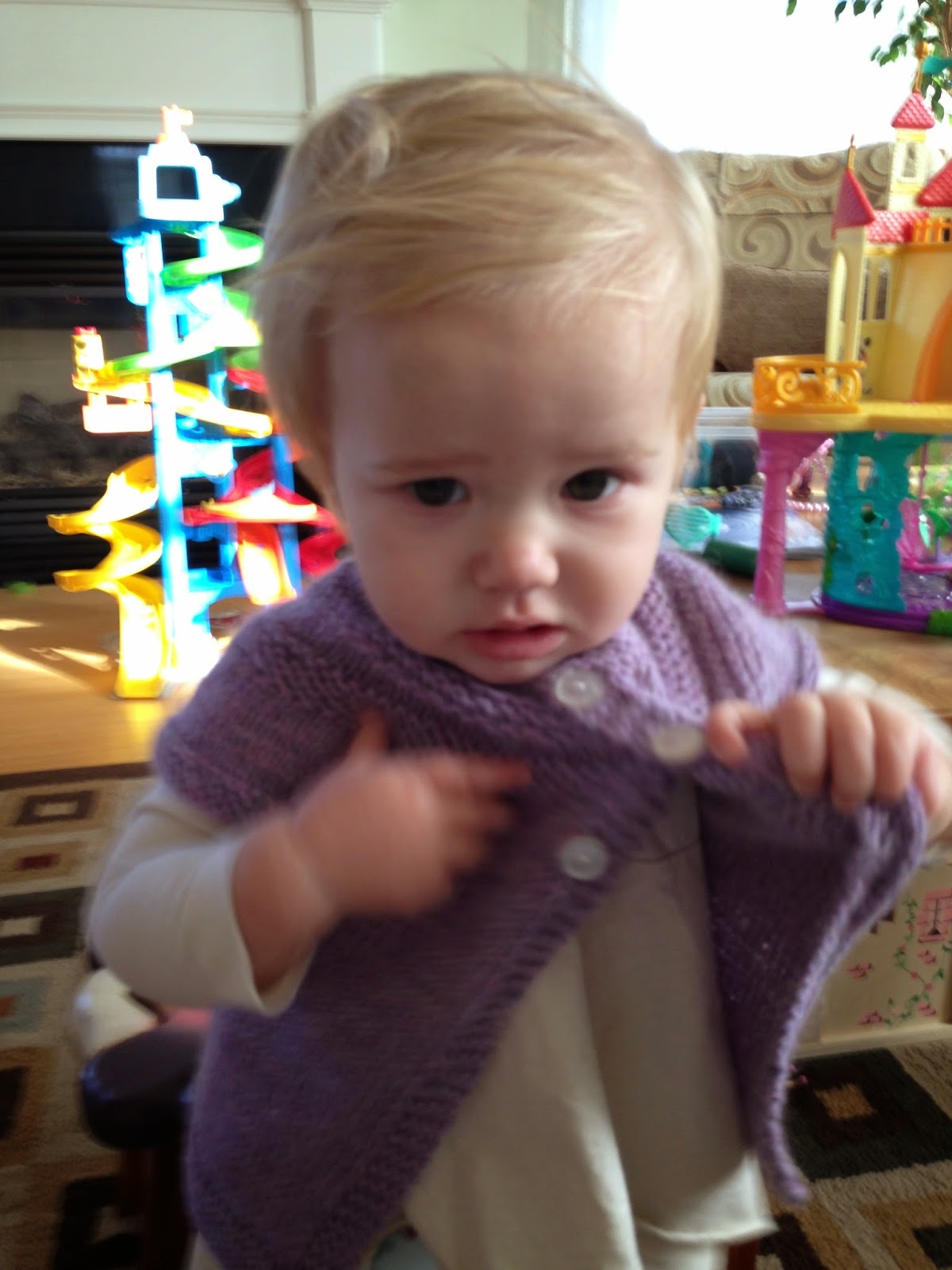 Lately Jane has no interest in wearing any extra layers. That's too bad since she looks so cute in this sweater. I'll just have to try getting her to wear it another day. Oh that baby she is such a determined girl.

Zauberflink said…
So beautiful! How great you finally got back to it - not so easy after a long time ;-)
The little lady looks so cozy and cuddly in it!
2:02 AM