A beautiful warm fall day is just about as magical a thing as a little girl in a tiara. Barefoot in the sunshine the littlest two found simple pleasure in running around. The freedom of movement guided them to a new land as magical as their imagination. I felt as though a shadow watching off to the side as their giggles led the games. My camera was at the ready only I had no idea how interesting this time outside would become. 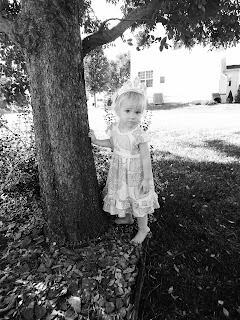 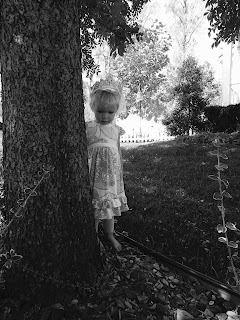 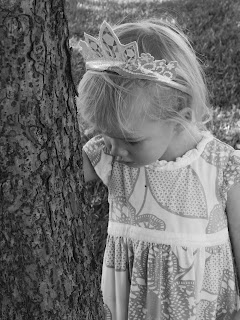 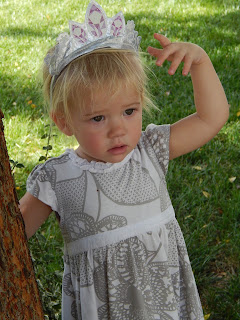 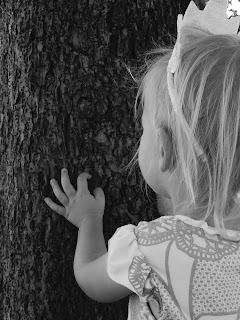 Exploring the mystery of our garden textures were discovered and became intimately known. The feel of bark on her fingers captivated her interest. She traced those long lines following the meandering patterns created over time. Our old elm tree has been her favorite little spot. 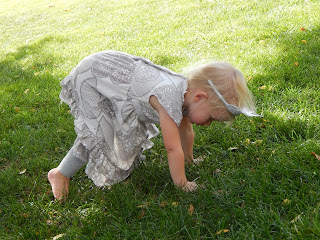 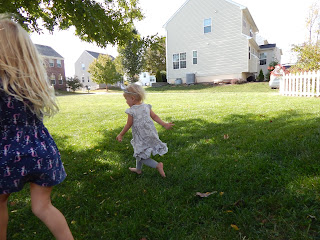 Running, spinning, and jumping. Big circles with arms wide open faces toward the sky. Hair and giggles waving in the wind. The bliss of children's play is tantalizing to my adult sensibility. I was truly captivated with their display. So joyous. 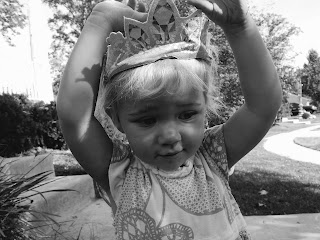 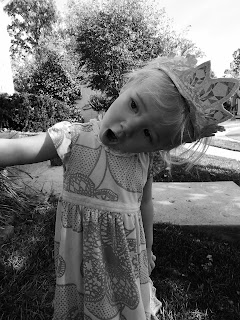 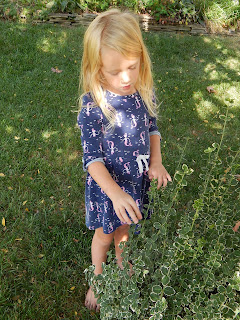 Noticing the long branches reaching to the sky Adelynn reached out to touch those painted leaves. I could almost hear the whispered conversations said to the plants visited by the girls. Or perhaps words meant to be spoken to the fairies. Secrets to share with kindred spirits for the enchantment of grownups. Grownups like me who are reminiscing of my childhood afternoons spent taking in the delights of the day. 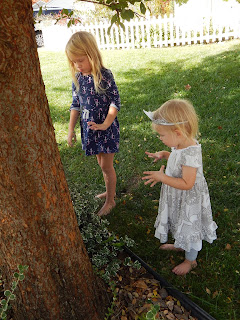 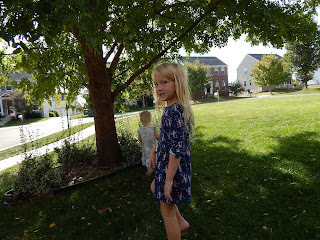 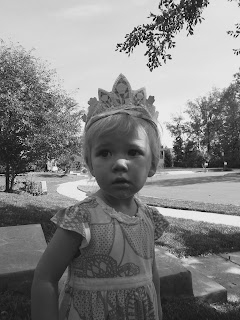