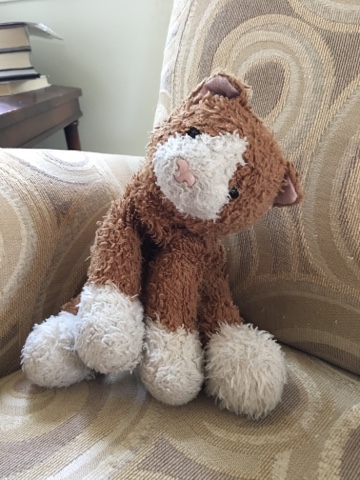 This is Penelope. She is a well loved cat. This toy first belonged to Olivia and was for a time played with sparingly. Shortly after Adelynn turned two she became fixated with this toy. Previously it was her Piggy that made her happy. Eventually Piggy became less important and Penelope became THE toy. Now four years later Penelope has been a constant companion to Adelynn. There have been several near crisis moments where we did lose this sweet cat. By luck and devotion this toy has been recovered several times. Her she sits left behind in this morning's haste to rush off to school. Here she will stay until that cheerful girl returns home to offer her favorite friend a hug.
Email Post
Labels: Children corners of my home