These little somethings were made for a sweet baby girl. She and her brother are due to arrive this November. First I made a little hat. A dear friend made a similar hat for my baby girl so I used her idea to make one for this twin girl. I followed the Umbilical Cord Hat pattern by Jennifer Jones but instead of knitting the i-cord to knot at the top I decided to finish the hat without the i-cord. I chose to use Cascade Yarns Cash Vero for the hat. Such a delightful yarn to use. 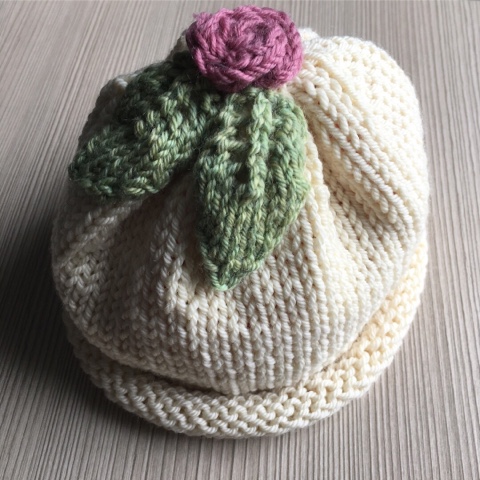 I knit the i-cord separately then sewed on top of the hat to form a rosebud. Soo cute! I used Jaeger Baby Merino yarn in color 109, a dusky pink color. I held 4 strands together to make the i-cord.  Using Cascade Yarns 220 Heathers in celery green I knit two leaves from the Knitter's Bible by Claire Crompton. The leaves were sewn to the top finishing the hat. 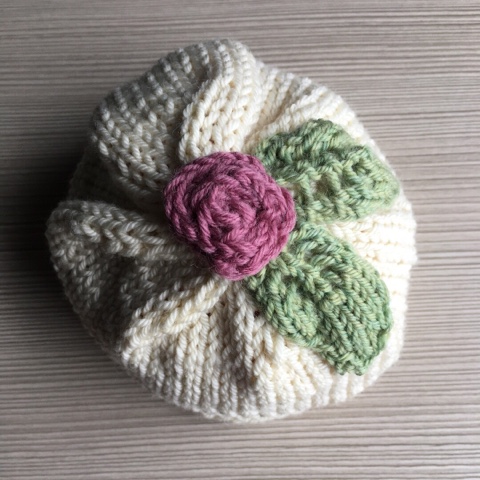 The other gift was made based off of the registry. I noted that the Mother had selected some knit baby bags. They were a cute cabled sleeping bag but I knew I would not have time to knit that cabled style in a day. I chose to make a good sized bag, large enough to put twins in together (maybe for some newborn pictures??) for snuggle time. I used Berroco Macro yarn to make this sleeping bag and knit it on the fly. No pattern just guessed how many stitches to cast on and knit until I was nearly out of yarn before decreasing. 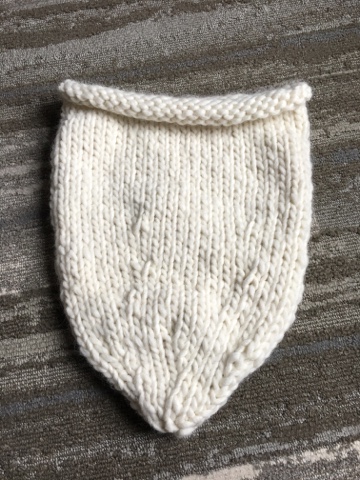 I made the boy a hat and sleeping bag too but did not remember to take a picture of them before wrapping them up. His sleeping bag was knit from Plymouth Yarn Baby Alpaca Grande in Blue. I followed the pattern called Brandi's Snugglie Cocoon. This sleeping bag was knit smaller in diameter, meant for one baby. It will be a good blanket to have around for naps. I made a ribbed hat in sage green. Simple and versatile a great hat for a boy or girl. It also coordinates well with the rose hat so that they will be super cute together in their hats.

I used yarn for all of these projects based on what was available in my stash. It all turned out perfectly and I love it when I can put to use beautiful yarns.
Email Post
Labels: Baby Knitting Yarn