The first thing we all wanted to do after arriving in San Diego was to find our way to the shore. We  always find time for a day at the beach. After Sunday Mass we walked down to the beach to explore. It ended up being the whole day. We took a break for lunch but returned to enjoy a beautiful beach day of unplanned exploration. 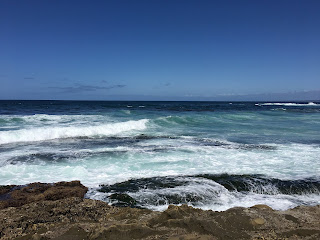 Every one went in a different direction. Daddy led the charge to see how far out they could go waling on the rocks. They were able to get pretty far but there were some moments where we thought someone was going to get soaked. 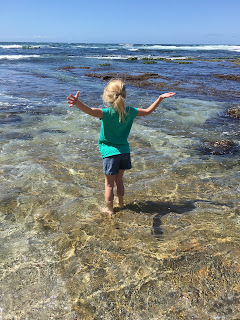 This silly gal was the only one brave enough to go in the water past her ankles. She didn't go in too far but was perfectly happy being able to get some water time in. 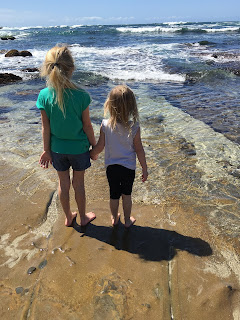 The little ones wanted to go in the water all the way. The water was beautiful but very cold. We had swimsuits for them to wear which was a good idea because by late afternoon they were ready to jump in that water. 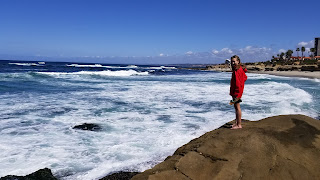 More time along the shore led to fascinating spots. Some areas along the coast were rougher than others. Seeing the water crash on the rocks was pretty amazing. Playing in the sand was a favorite activity. 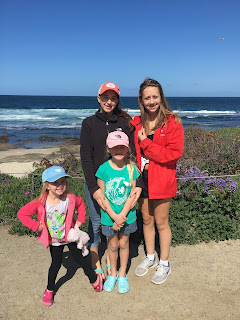 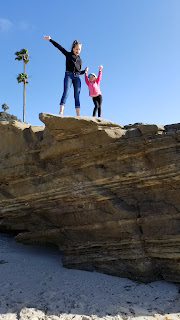 We could spend hours here. Climbing on rocks, playing in sand, watching seals, dipping toes in the water. So many things to see and do. 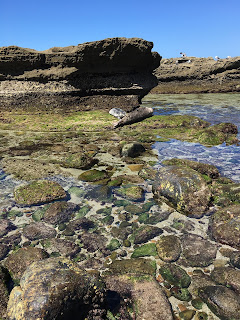 We walked all along the shore looking for any sea life. We didn't find much. The water was chilly and the rocks were slippery. The time to freely explore was the most fun. 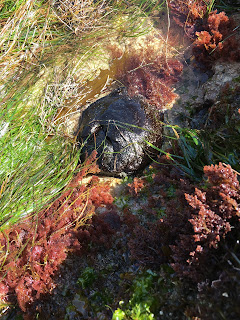 I took my time looking around searching for some little sea animal. I hoped to find an octopus but they are very hard to find. While looking for that octopus I did find an interesting dark brown sea slug. It was nestled in the seaweed in a protected little nook. Watching a little California Sea Hare take in a lunch was a nice surprise. It was fascinating to see it nibble away at the seaweed. 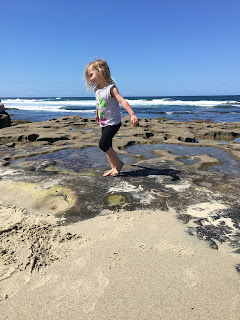 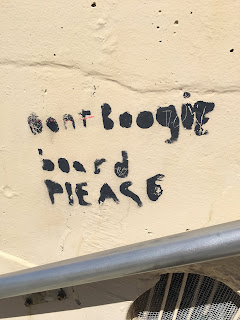 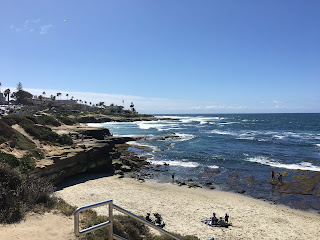 We took these stairs down to the seal section of the beach. This is where the seals tend to gather and make for an interesting up close observation. 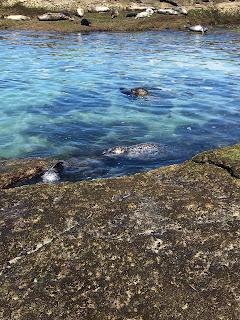 It was pretty exciting to see the seals. We were even surprised by one swimming in to shore a few feet away. That was something! We were even more surprised when one came up out of the water just inches away from the little girls. Seals really do slide along those rocks. I could see how it would be easy to be bowled over by one.